Samia Suluhu Hassan becomes only the second President from the island of Zanzibar since Ali Hassan Mwinyi to lead the United Republic of Tanzania.

All the past presidents in the United Republic of Tanzania, Julius Nyerere, Ali Hassan Mwinyi, Benjamin Mkapa, Jakaya Kikwete and then Pombe Magufuli have come from the mainland.

According to Tanzania’s Constitution, Suluhu should assume the presidency for the remainder of the five-year term that Magufuli began serving last year after winning a second term. She would also be Tanzania’s first female president.

Article 37 of Tanzania’s Constitution states: “Where the office of President becomes vacant by reasons of death, resignation, loss of electoral qualifications or inability to perform his functions due to physical infirmity, or failure to discharge the duties and functions of the office of the President, then the Vice President shall be sworn in and become the president for the unexpired period of five years.”

After assuming office, Suluhu will then in accordance with Article 40, in consultation with her political party, propose the name of the person who shall be her VP, and subsequently, forward it to Parliament for approval.

The nominated person must garner at least 50 per cent of votes of MPs present in the National Assembly.

Suluhu was born on January 27, 1960, in the Sultanate of Zanzibar. She went to school in Zanzibar and studied statistics at Zanzibar Institute of Financial Administration.

In 1986, she joined Mzumbe University for advanced studies in Public Administration before joining the Institute of Management for Leaders, Hyderabad in India for a course in management. She is married to Hafidh Ameir.

One fact that is not known to many is that Suluhu has been the face of Tanzania globally since she is the one who has been representing her boss in international engagements.

Since he was sworn-in into office in 2015, President Magufuli had only travelled out of Tanzania eight times and never leaving Africa.

He only travelled to the neighbouring countries of Kenya, Rwanda, Namibia, South Africa, Ethiopia, Zimbabwe and Uganda – the only country he has visited twice.

What this has meant over the years is that Suluhu has been the face of Tanzania in most of the international meetings. She represented Tanzania at all UN, AU, SADC and EAC meetings held outside Tanzania.

Interesting to note, President Magufuli’s last public appearance was during a virtual East African Heads of State meeting where he appeared but only for the introduction and then left Suluhu to continue with the rest of the discussion.

Suluhu also attended the University of Manchester for her postgraduate diploma in economics and in 2005, she did her Master degree in community economic development through a joint programme between Open University of Tanzania and Southern New Hampshire University, US.

Suluhu will become the second female head of state in East Africa, after Sylvie Kinigi who was the acting President in Burundi between October 1993 and February 1994. 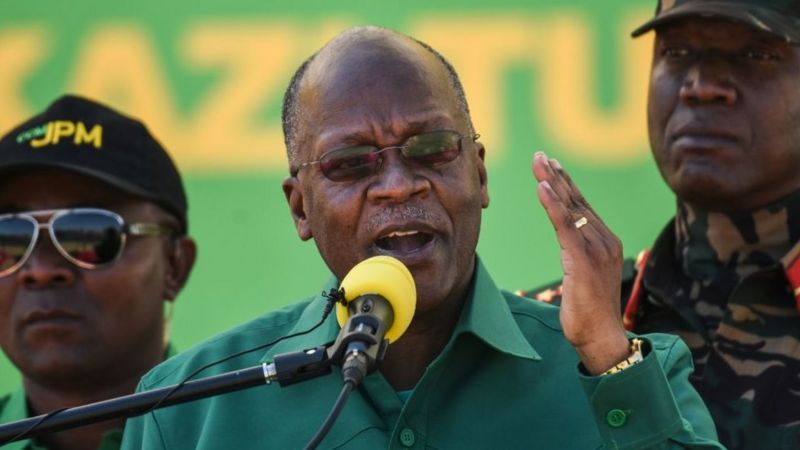