Seven commercial sex workers who stormed lawyer George Kithi's office demanding payment for their boss from the lawyer have been charged with the offense of demanding money with menaces and causing public disturbance.

Fidel Castro Oywaya and Onyango Jackson Kotato who were charged alongside the seven women.

The court was told that on Tuesday, 13 April at Kithi and company advocates located at Maendeleo House, Nairobi, the seven jointly with others not before the court, forced their way to Kithi's office and demanded Sh 300,000 from the lawyer with the intention to steal.

The charge sheet also read that the accused created disturbance in a manner likely to cause a breach of peace by shouting, banging the table,

threatening to harm and break down the advocates' office into pieces, and shut down the operations of the day while demanding to be given Sh 850,000 thereby interrupting the smooth operation of the said office.

They are also charged with a third count of stealing Sh 300,000 from George Kithi at his office.

According to Kithi's official statement, ten ladies stormed his office insisting they had an urgent matter that needed the attention of the lawyer.

The ten ladies told Kithi they were under instructions from their employers identified as Jackson and Fidel to claim money from the city lawyer who owned the duo some money.

Kithi added that he invited the ladies to the boardroom to try to calm them down only for them to heighten their rowdiness saying that they were prostitutes from Koinange street capable of anything.

"They were ten and I was the only one in the room," Kithi told the court, stating that he knew his life was in danger when they locked the boardroom door and threatened him.

A worried Kithi then called Fidel and put him on loudspeaker for the ladies to hear the conversation. Fidel allegedly said on the phone that he wanted Sh Sh 10 million from Kithi.

However, Fidel who was charged alongside the seven women argued he has known the lawyer for more than five years and that they did business together with Kithi not fulfiling his end of the bargain.

Fidel further told the court that the seven ladies work for him and they only wanted payment for the work done, money Fidel couldn't pay because he was waiting for Kithi to pay him (Fidel).

The seven pleaded not guilty and were released on a cash bail of Sh200,000. 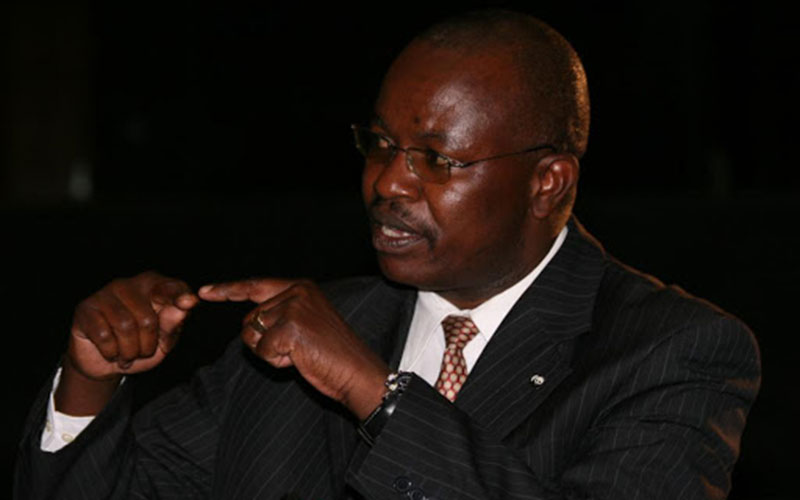