Nominated Senator Naomi Shiyonga has been elected unopposed as the chairperson of the Kenya Women Senators Association (Kewosa).

Kewosa, is a sister association of the Kenya Women Parliamentary Association.

Senator Seneta resigned from the position on Wednesday morning, July 22.

Until her election, Shiyonga was Seneta’s vice chairperson in the association that brings together female elected and nominated senators.

Senator Christine Zawadi (Jubilee) will deputize Shiyonga in the new line-up of the association.

It was not immediately clear why Seneta resigned and exited almost all social media platforms, an action that left her colleagues bewildered.

Sources who spoke to People Daily in confidence said "she was unable to withstand pressure” from her women colleagues who have accused her of making “Kewosa dormant.”

Contacted for comment, Seneta did not respond to our calls or texts.

However, her successor Shiyonga said that she will immediately convene a meeting of the Kewosa members to receive proposals on how to revive the body.

“We will get the views of everyone. We have been a bit dormant but now we are coming back. We want to support Bills sponsored by our members in the Senate and we also have programmes on gender-based violence,” she said shortly after her election.

“We want to hit the ground as soon as next week, to address teenage pregnancy especially this time of the pandemic,” she added.

On her part, Nominated Senator Beatrice Kwamboka said the change in leadership was long overdue and it was necessitated by the emerging political realignments.

“We did not want to be left behind as women in the Senate because we have BBI [Building Bridges Initiative] coming and a lot of issues facing women have been neglected by the past leadership,” Kwamboka said.

Seneta, is among the five senators who faced the Jubilee disciplinary Committee for snubbing President Uhuru's Kenyatta's meeting at State House in May.

Seneta, a former Kajiado Women representative earlier this month involved in a bitter disagreement with Senator Kwamboka over the election of the vice-chairperson of the Health Committee which degenerated into a physical confrontation.

The two legislators could find themselves in trouble with the law after the Ethics and Anti-Corruption Commission (EACC) demanded that action be taken against them.

In a letter to Senate Speaker Kenneth Lusaka, EACC chief executive Twalib Mbarak said the fight between the two lawmakers had desecrated the institution of Parliament, violated the Constitution and the Leadership of Integrity Act.

“The act by the two is not in tandem with the national values and the provisions of the Leadership and Integrity Act,” Mbarak said. 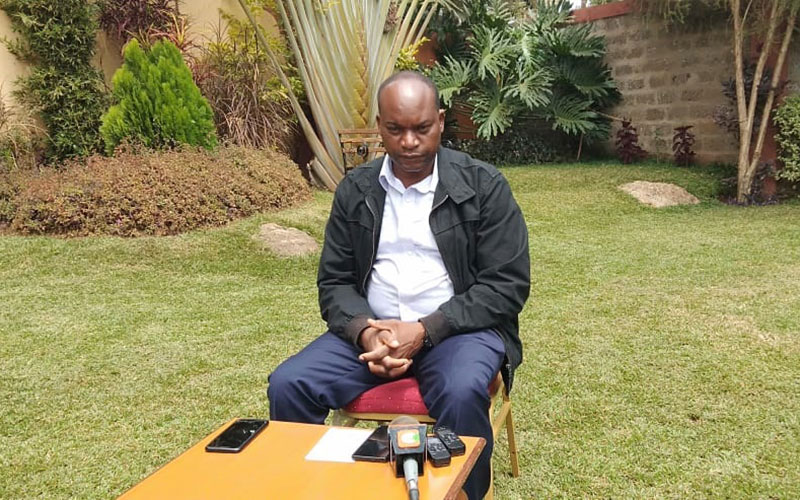