Nominated Senator Falhada Imana Dekow has asked parents to create awareness among their children especially teenagers on the effects of social media.

Dekow argues that teenagers are spending a lot of time on social media and are at the same time more susceptible to peer pressure, low self-esteem and mental ill-health.

Citing Snapchat, Facebook, Twitter and Instagram, she said a number of studies have found associations between increased social media use and depression, anxiety, poor body image and  eating concerns,

“Due to limited capacity for self-regulation and susceptibility to peer pressure, children and adolescents are at some risk as they navigate and experiment with social media,” the senator Dekow told the House yesterday.

“Research indicates that there are frequent online expressions of offline behaviour such as cyberbullying bullying and clique-forming that have introduced more problems,” she added.

She decried that some social media influencers have played a crucial role in enhancing negativity by promoting dangerous trends, some of which have led to death.

The senator disclosed that prevalence of online harassment among Kenyans is high with 33 per cent of social media users in Kenya having personally had a negative online experience such as abusive behaviour, offensive name calling, impersonation or purposeful embarrassment in some way.

While, some 21.1 per cent of Kenyans have also experienced the more severe forms of online harassment.

“Severe forms of cyber harassment can have serious consequences on the lives of the victims,” she noted, adding that social media harassment is increasingly common and with technology eliminating the traditional borders, perpetrators of social media facilitated crimes could be miles away from the victim.

Citing recent case where a city woman was murdered on first date by a man she met on Facebook, Dekow noted that Social media has regrettably continued to facilitate crimes with  dreadful real-world impacts on victims.

“More than two-thirds which is 61.3 per cent of the social media users in urban areas have experienced some type of severe online harassment compared to 38.7 per cent of residents of rural areas,” she said, adding that

“More than half which is 55.5 per cent of the residents of the low-income areas in Nairobi who have experienced more severe kinds of online harassment, which is more than twice that of those living in the middle income and high income areas.”

A Pew Research Center survey conducted in Spring 2017 titled “Global Attitudes Survey” indicated that the global median use of social media is 53 per cent in adults.

Although Kenya ranked below the median at 30 per cent, it is expected that the usage will climb up through the decade because majority of the users at the time of the survey were young adults aged between 18-36 years.

“As the decade progresses, these young adults will pave way for teenagers to be counted as adults in their use of social media.

Therefore, the usage of social media will continue to grow in the new decade.”

She however said used thoughtfully and deliberately, social media can be a useful addition to one’s social life.

“Many parents worry about how exposure to technology might affect children development.

Young adolescents and children are picking up new social and cognitive skills at a stunning pace, which can be impeded by long hours on and we do not want hours spent glued to an iPad to impede that.”

She explained that an Adolescence is an equally important period of rapid development and parents  are paying little attention to how teenagers use technology.

According to her, a 3-year-old child intense and intimate playing with their dad’s iPhone affects him or her. 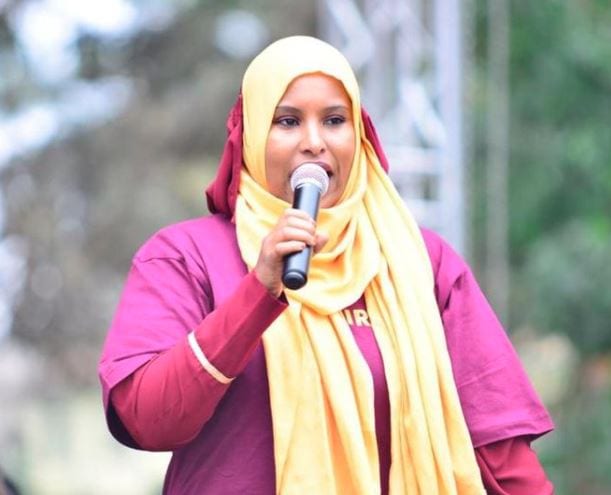