By Alvin Mwangi and David Ndolo

Yvonne Njeri, whose house was demolished in Kariobangi can temporarily breathe a sigh of relief after Nairobi Governor Mike Sonko on Monday came to her rescue by offering to pay her rent for the next six months.

Through his aide Frank Musyoka, Sonko also promised to provide food to Ms. Njeri for the next 3 months as he looks for a permanent solution to the over 5000 families whose houses were demolished by the government.

“Am happy today that Sonko has finally come to my rescue. I did not have have food to feed my family I lost everything from the demolitions but at least now my kids will have something to put in their stomachs,” she said.

In the package, Sonko donated foodstuff, utensils, bedding, stoves, and a charcoal Jiko.

“We will ensure that these families have enough food to eat and we are also in talks with various stakeholders to ensure we have given a permanent place where they will live with their families,” Musyoka said.

Ms. Njeri who has a 10-month baby was featured by Citizen TV sleeping in the cold with even no food to give her other two kids.

“This was one of the most inhuman act done by our government. Since the demolitions I have been having sleepless nights as most of my constituents have been calling asking for help,” lamented Kariobangi North Mca Julius Maina.

More than 5,000 people who were living in Nairobi’s Kariobangi sewage slum estate, Kariobangi North were left homeless after the government demolished their houses to reclaim the land.

The evictions were carried in spite of a court order barring the exercise, compounding the problems face by the residents most of whom have been struggling to survive especially in the wake of the Covid-19 outbreak.

The demolitions supervised by police were carried out by the Nairobi City Water and Sewerage Company with bulldozers arriving on the ground at 6am to flush out the families from where they had called home for over 10 years.

While the government maintains that the demolitions were done after expiration of an earlier notice to vacate the land, the residents say they were ordered to leave the area by the local administrators.

“We only received a communication from the DC that evictions will be happening and that we should start looking for alternative places to live in. There wasn’t any eviction notice,” said Kennedy Ochieng one of the residents.

The exercise has since elicited angry reactions from members of public who accused the government of being inhumane for leaving the residents homeless at a time of the ongoing COVID-19 crises. 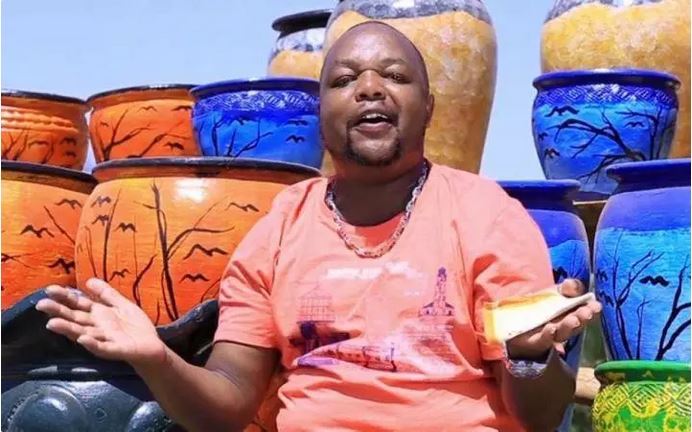