With the process of delimitation of boundaries by the Independent Electoral and Boundaries Commission (IEBC) set to kick off in September, a section of Kiambu leaders now wants the county to be divided into two.

They say that Kiambu being the most expansive and second populous county in the country should be divided into two counties, either Thika and Kiambu or Kiambu East and Kiambu West.

Led by Limuru MP Peter Mwathi, they said that the division will be the only way to give the region it's rightful share of the national cake.

'The revenue collected from Kiambu is colossal and we should have the right to equitable distribution of resources,'" Mwathi told People Daily in Limuru on Tuesday.

According to the 2019 census, the county has a total of 2,417,735 people in it's geopolitical units with Kiambu West which comprises Limuru, Kabete, Lari, Kiambu town, Kiambaa, Githunguri and Kikuyu having 1,228,927 people.

Mwathi urged the IEBC to use the official census data from the Kenya National Bureau of Statistics and the 2019 population and housing census results to guide the review of electoral boundaries.

'The Wafula Chebukati commission should critically take into account geographical features of urban centres, community of interest as well as the social- economics of the county.

It should also dawn on the commission that our county is literally cosmopolitan and virtually an extension of Nairobi, the MP, a devolution expert, said on Tuesday.said the MP who is an expert in devolution.

Article 89 of the 2010 Constitution requires IEBC to review names and boundaries of electoral areas at intervals of not less than eight years and not more than 12 years.

The reviews must, however, be completed at least one year before a General Election in order for new boundaries to take effect.

IEBC Chairman Wafula Wanyonyi Chebukati recently said that the commission has already developed the boundaries review operations plans and was waiting for the allocation of funds to start the exercise.

The commission is the country's independent regulatory agency mandated by the constitution to review the number, names and boundaries of electoral areas.

Mwathi observed that the recent change of guard at the Senate had seemingly created a political wedge among members, a thing he said was likely to negatively impact on debating the 'very crucial revenue disturbing criterion'.

He said that the one man- one vote- one shilling parameter should inform the senators'' decisions when debating and voting on the issue, adding that the formula is anchored on the long term future of devolution.

'The formula will ensure equity and fairness because money will be distributed proportionally with the population of respective regions and this will be a major breakthrough in realizing actual devolution, " he said.

A section of senators and MPs are opposed to the formula which will see revenue distributed according to the number of people living in respective regions saying that the move will erode the gains of devolution in marginalized areas. 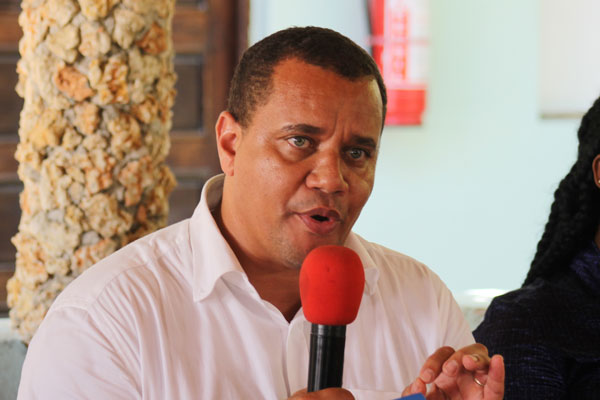