Tension is high in Doldol village in Samburu East after police raided homes on Friday evening, forcing more than 400 residents including children to flee.

From preliminary reports, the police were on a mission to recover allegedly stolen livestock.

During the raid that left several homes torched, 107 heads of livestock were taken by police from Laikipia County.

According to a resident James Lentimas, the security team invaded their manyattas in an alleged search for stolen animals.

"It was in the evening when we heard heavy gun shots every where and everyone ran for their life. Up to now, we don't know where the children are. Some are very young and their parents are still looking for them in vain. Some people here have been rendered homeless for fear of being attacked(sic)," said Lentimas.

Another resident Timamut Lengoisisgi whose cows were also allegedly impounded by police told People Daily the raid was illegal and called on the government to urgently intervene and investigate the matter and help to repossess the livestock.

"We have not stolen any animals. Cattle rustling is a common problem in this area but we wonder why the police decided to take our livestock in the said recovery exercise. We are calling on the government to urgently intervene and bring our animals back(sic)," said Timamut.

The locals also claimed that other manyattas from Naracha and Parkuruk in Oldonyiro ward in Isiolo County were invaded and an unknown number of animals taken from the herders by the police.

They further added that they fear for their lives which made some flee their homes and go into hiding.

"We are calling on our neighbours from Laikipia County to get fact rights and follow their animals intelligently not just coming here and picking our animals claiming that we stole them," added Lemantile.

When reached for a comment, the involved authorities did not pick our reporter's phone calls.

The residents have petitioned Interior Cabinet Secretary Fred Matiangi to urgently address the matter and ensure peace is restored in the area.

Cattle rustling menace has, however, been a perennial bitting issue between communities in Meru, Isiolo, Samburu and Laikipia counties with leaders everytime pointing fingers at each other and blaming the police of laxity. 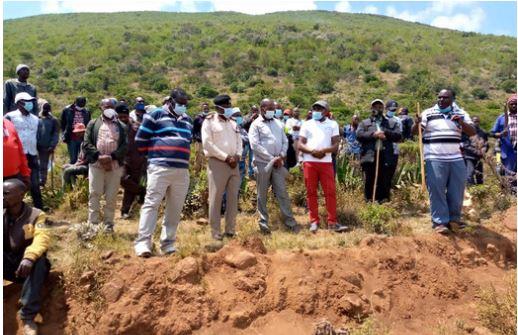