Leaders and residents of Trans Nzoia county have criticised the 'haste' to open schools saying that the current infrastructure cannot allow a soon reopening.

They faulted the Education Ministry for not having sent cash to schools for class expansion and among other reasons. The said the speedy reopening is suspicious.

Led by Matisi Ward Member of County Assembly Obed Mahanga, they said the education fund in the 2020/21 financial year is yet to be released.

''We are demanding an explanation from education CS George Magoha over the Sh497. 5 billion released to the Ministry during the 2020/2021 financial year with Sh59.4 billion for secondary and Sh12.4 billion for primary schools," said Mahanga.

Mahanga said most schools have not paid BoG teachers and other support staff.

''It was a wrong and misplaced priority on the part of the government implementing the task force report towards re-opening of schools without putting in place financial order. School compounds are very bushy with infrastructure in a mess(sic),'' said Dr. Nakhumicha. 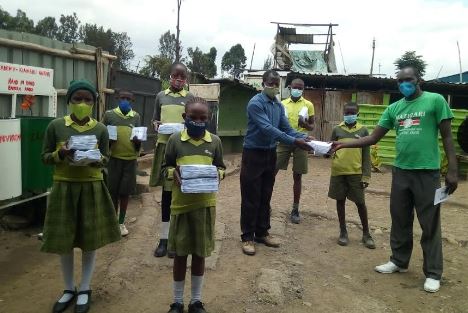 Bridge assures parents of pupils’ safety as they reopen their academies