Trans Nzoia county woman representative Janet Nangabo has said the failure by the  Senate to conclude debate on county allocations should not have happened had senators embraced national hood instead of political and other vested interests that have led to the stalemate .


She said the debate on the adjournment of county government revenue sharing formula which 34 senators voted for was a slap in the face of devolution.


The MP  reminded Senators that politicising the matter has not only hurt the common mwananchi but also delayed service delivery.

“The President means well for this country and any attempts to derail devolution will not be accepted.  Those doing politics must stop.

"I'm appealing to my fellow legislators in the Senate to rethink again over this bill whose delay will not augur well for the growth of devolved units . Let us put politics out of revenue sharing," she said.


Speaking in Birunda village in Saboti, the MP also asked the government to pay the more than 4000 youths hired through the Kazi mtaani initiative.

She said it was unwise to hire young people without putting in place elaborate plans to pay them as agreed and told area county commissioner Sam Ojwang to look into the plight of the youths grappling with hardships as they render services. 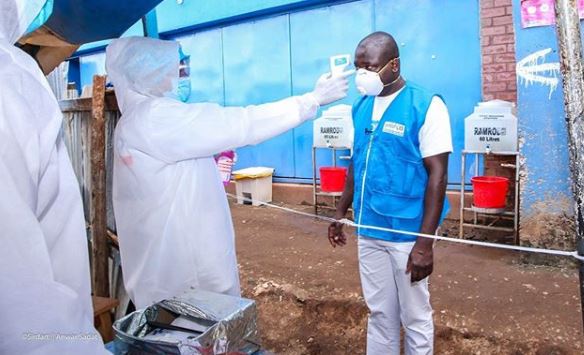