Police in Isiolo arrested two General Service Unit(GSU) officers and three other suspects on Sunday while ferrying an estimated 600kg of cannabis.

The officers identified as constable Patrick Kinyua and sergeant Shariff Mohammed were in a separate vehicle from the other three suspects.

They had packed the bhang in small sacks and stacked them in two high-end cars; a Landcruiser truck (GK B 993T)and a Toyota Prado(KBL 804 V).

According to a police report, a multi-agency team acting on a tip intercepted the suspects at Gotu, Merti Junction to Isiolo town. The police Landcruiser is attached to GSU Mariera Camp in Igembe Central, Meru County.

The other three occupants of the Prado were identified as, Barrack Boru, Mohammed Abdulahim, Mohammed Aden. In the Prado, police recovered 21 bales of bhang.

Police also took possession of a CZ firearm with 27 rounds of ammunition assigned to Sgt. Shariff. 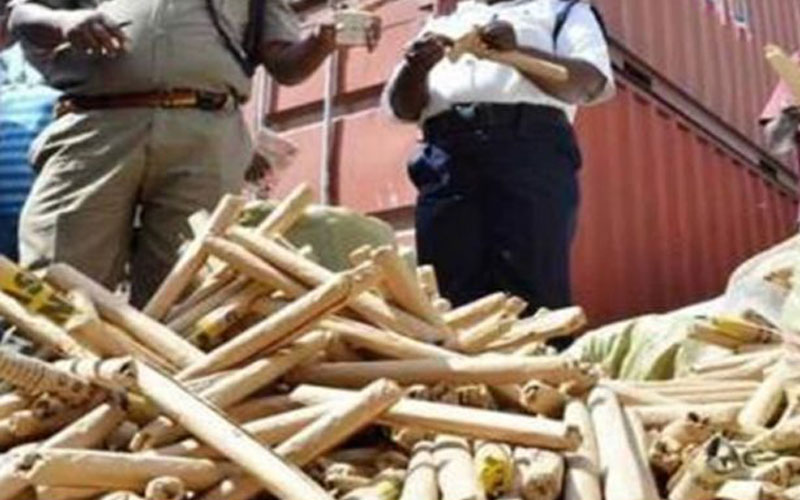 Cop arrested for trafficking in 139kgs bhang to Nairobi 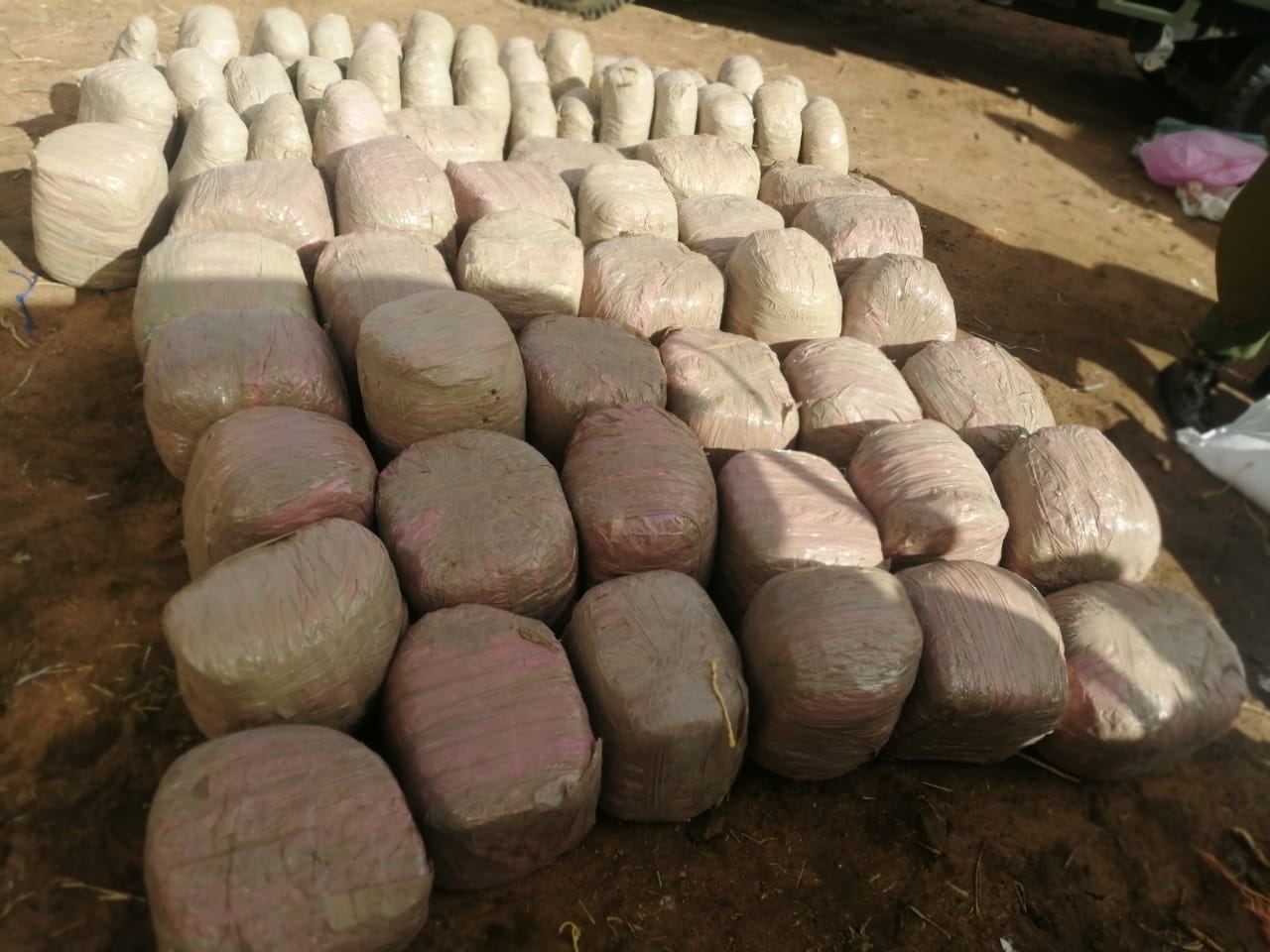