President Uhuru Kenyatta on Sunday sent a high-powered delegation of top security chiefs to his Somali counterpart Mohamed Abdullahi Mohamed Farmaajo in a move to resolve border tensions between the two countries.

This followed a phone conversation between the two Heads of State to appoint committees to look into several matters following a week that saw the Somalia National Army battle Jubbaland forces in Bula Hawa near Mandera County.

On Sunday, Interior Cabinet Secretary Fred Matiang’i led the delegation to Villa Somalia, the official residence of the Somalia President alongside top-ranking officers from the Department of Defence.

“Following the recent wave of security challenges along the Kenya-Somalia border, some senior state officers and I have been dispatched by H.E. President Kenyatta to meet his counterpart, Mohamed Abdullahi Mohamed Farmaajo, with a view to ironing out the persistent cross-border issues,” CS Matiang’i confirmed the President's directive.

On Wednesday, Kenya which has traditionally united with Somalia in the fight against Al-Shabaab militants in strongly-worded statements accused each other of territorial integrity violations.

In particular, Nairobi accused Mogadishu of an “unwarranted attack and flagrant breach” on the frontier town of Mandera, during heavy gunfight broke out between Somalia’s forces and militia allied to a fugitive regional security minister.

“The foreign soldiers, in flagrant breach and total disregard of international laws and conventions, engaged in aggressive and belligerent activities by harassing and destroying properties of Kenyan citizens living in the border town of Mandera,” Ms. Dena-Mararo said last evening.

“This action amounts to an unwarranted attack by foreign soldiers with the intention of provoking Kenya. In keeping with our long-standing and distinguished tradition in peacekeeping and peacebuilding in the region and beyond and in particular, in Somalia, Kenya acted with total restraint,” she said.


Though Osman was not specific, he referred to Kenyan authorities aiding Janaan, and supporting Jubbaland troops.
Recently, Kenya and Somalia have had rocky relations since Somalia refused to withdraw a maritime boundary case at the International Court of Justice.

This year, the ICJ will hear and decide, the case this June but it remains uncertain whether that will close the chapter on the issue that has put the two neighbouring states at loggerheads, especially since there are political connotations to it. 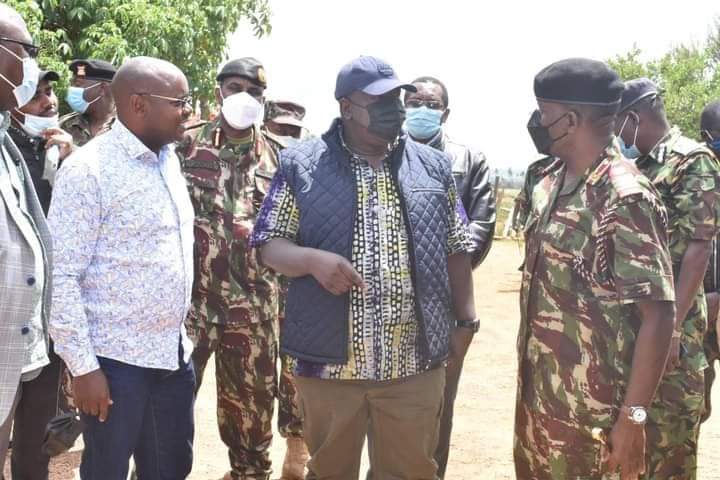