Kenya has been nominated as a candidate for United Nations Security Council (UNSC) seat after defeating Djibouti in a vote at the African Union headquarters in Addis Ababa, Ethiopia.

In a decisive vote, Nairobi garnered 37 votes against Djibouti’s 13 in a second round of voting in which 51 of the 55 AU member states were present.

Following the nomination, President Uhuru Kenyatta called on the rest of the United Nations member states to support Kenya’s candidature.

The President said the backing by the AU is a mark of confidence in Kenya’s capability to represent the continent’s interests at the global arena.

Uhuru expressed confidence that with the support of the continental body, the country is better placed to secure the non-permanent seat for the period 2020-2021 during the elections scheduled for June next year in New York.

“I am grateful to the African Union’s PRC for the confidence they have shown by endorsing our candidature for the UNSC non-permanent seat,” said the President.

This endorsement is an affirmation that Kenya has remained true to the decisions and aspirations of the African Union and confirms that it is a safe and dependable pair of hands. Kenya commits to the African brothers and sisters, that we shall be a bold voice for Africa and shall steadfastly promote and defend the African position.”

However, Kenya will need to secure two thirds support (129 votes) among all UN member states at the United Nations General Assembly (UNGA) next year.

But according to ministry sources, AU’s endorsement guarantees the country victory at the General Assembly since it is the sole candidate from Africa.

“An endorsement by the AU assures you that all the 55 AU member states will vote for Kenya,” said a source from the Foreign ministry who did not want to be quoted.

If elected, Kenya (representing Eastern Africa) will join its African peers, Niger (Western) and Tunisia (Northern) which were elected in June last year to serve in 2020-2021.

Membership of the Security Council puts Kenya at the centre stage of international decision making.

“We believe we can make a difference and can contribute to make the world a more just and peaceful place. The Security Council is the ideal and top most forum to champion these objectives and other interests Africa has globally. This membership will also enhance Kenya’s international stature and prestige,” read a statement from the Foreign ministry.

Djibouti congratulated Kenya on the nomination as the continent’s candidate.

“I congratulate Kenya for a well-deserved win and I am sure Kenya will ably represent our great continent at the UNSC,” said Djiboutian ambassador Mohammed Idris Farah.

Kenya got AU’s endorsement following months of lobbying other African nations that had not expressed interest in the UNSC slot.

If elected, Kenya will temporarily join the elite club of world powers albeit without veto powers on crucial resolutions but will have a direct line of input on how a particular resolution is formed.

UNSC is composed of 15 UN member States, five of which are permanent members (P5) United States, the United Kingdom, France, the Russian Federation, and China.  The permanent members have the power to torpedo a substantive decision of the Council by voting against it.

Despite not having veto powers, the non-permanent members have a hand in crafting whatever it is that the council is doing. 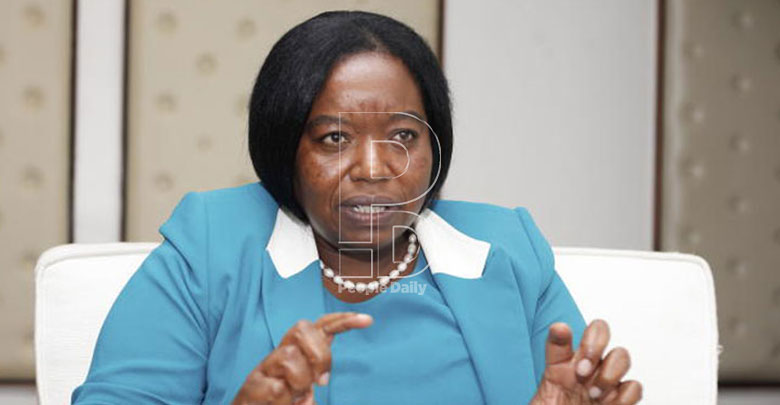