Former Kiambu Governor Ferdinand Waititu alias Baba Yao three weeks ago refused to bail out his son who was charged with drunk driving.

Waititu’s son Brian Ndung'u spent two days in police custody until his friend contributed the fine of Sh30,000 to secure his release. Brian was arrested in the early morning hours driving around the Central District Business while intoxicated.

Much unexpectedly, Waititu ignored his son’s distress calls. Brian's friend Clinton Githinji came to his rescue, paid the fine and saved him from a three-month sentence.

Speaking exclusively on the PD Online, Waititu now reveals that he refused to pick his son’s over 30 phone calls. He also instructed his family against bailing out their ‘defiant’ boy.

“My boy Brian called me over 30 times and, I refused to pick his calls. I have always warned him and all my family members against drunk driving,” said Ferdinand Waititu in an interview.

Asked why he refused to help his distressed son, Waititu says he hates drunk driving. He wanted his son to go to jail just for that.

“I hate drunk driving because I have seen very promising people lose their lives to carnage because of careless drivers. I could not take it that my son who I discipline is asking for Sh30,000 to pay a fine for drunk driving. He ought to suffer for that. I can never do that,” said Waititu.

Attempts by Brian to reach his extended family for help were repulsed the same way. His father instructed the larger family not to send their boy any money.

“I had instructed everyone at home not to pick Brian’s calls, we knew he was in trouble for drunk driving but bailing him out was in a way supporting drunk driving. We could not do that,” said the former Kiambu governor.

Brian also attempted to reach his father’s network of wealthy friends but, none of them came to his rescue.

“He also tried to call my friends but, I had told them not to pick his calls. All his calls went unanswered. I wanted him to face the music,” added Waititu.

Waititu says he was also concerned by his son’s erratic behaviour since he (Waititu) neither drinks nor smokes.

“I was shocked that my son was caught in such an embarrassing situation,” he added.

The former governor also reveals that his son picked their worker’s Toyota Probox car to do rounds as his Mark X type had broken down.

The former governor wishes his son went to jail.

“I wish I had the powers to sentence instead of fining him. I wanted him to spend a few more days in jail,” he remarked.

The arrest of Brian was a fodder on social media for Kenyans who saw striking resemblance between a son and his father.

Brian, however, expressed regret saying he would never again wish to be arrested. 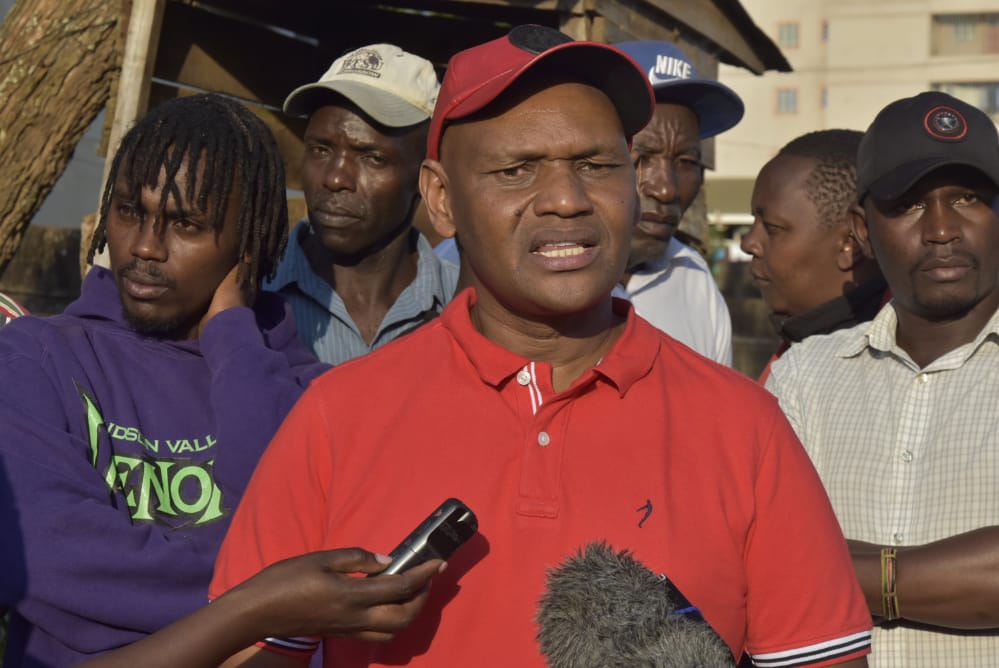 Waititu to face off with ‘Wa Jungle’ for Kiambu UDA pick