A Wajir assistant chief was on Friday arraigned before a Garissa court charged with defiling a minor.

He also denied the second count of intentionally touching the breast of the minor before chief magistrate Cosmas Maundu.

The administrator further pleaded not guilty to the offence of wrongly distributing obscene or intimate images contrary to section 37 of computer misuse and cybercrime act.

The Chief magistrate questioned why the case was being prosecuted in Garissa instead of Wajir where the alleged crime took place to which senior counsel Peter Wainana said it was in the interest of justice since the case had caused a lot of tension in Wajir.

“Because of the tension that has been there and the suspect being a public servant, it’s in the interest of justice for the case to be filed and concluded outside Wajir County,” Wainaina explained.

He urged the court to deny the accused bail.

“Being in a position of influence there is likelihood that the suspect will interfere with the investigation. Hence he should be denied the bond. There have been tension and demonstrations in Wajir town, we therefore pray that the suspect is denied bond for his own safety and safety of the complainants,” the prosecutor noted.

The court was also told that the suspect was a guardian to the minor and was paying fees and offering basic needs and such had a big influence over the family.

Appealing for bond, the suspect who was not represented said on the contrary, being a public servant, he had no influence over anyone.

The court will rule on his bond on Wednesday July 8.

The case has caused uproar in Wajir with activist demanding the government act tough on child predators that are on the rise in the area.

Garissa based activists and officials from National Gender and Equality Commission attended the court proceedings.

They called for the abolition of traditional conflicts resolution mechanism popularly known as Maslah used in mitigating defilement cases. 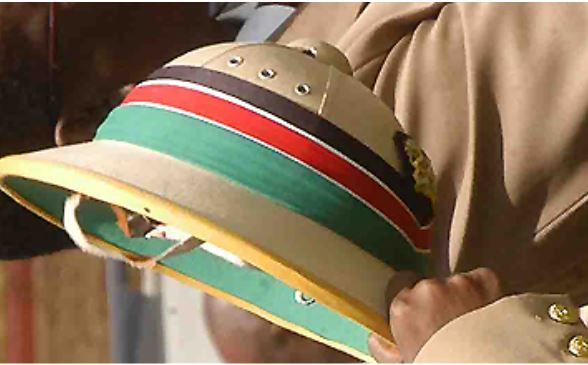 Chief beat me up, cut off ears of my dog – Nyandarua man