Bonchari by-election could be the beginning of an end to ODM-Jubilee close ties if the remarks by Orange Party Secretary General Edwin Sifuna are anything to go by.

Speaking to KTN News on Tuesday, Sifuna says it is time to relook into their relationship with Jubilee to establish whether it is genuine or not.

Sifuna notes that he has been forced to engage in a cat-and-mouse game together with Kisii Woman Representative Janet Ong'era to avoid arrest by police.

He says the two cannot oversee the by-election freely adding that officers have surrounded a Kisii hotel where the party treasurer Timothy Bosire spent his night.

He says the officers want to arrest Bosire who they say hasn't committed an offence.

It is in the backdrop of alleged police intimidation, harassment and arrests of ODM officials and agents in Bonchari that the SG has threatened to revisit its ties with Jubilee.

"If things continue this way, we will have to relook at our relationship with Jubilee to establish whether it is genuine or fake," he said.

The ODM SG said it is no longer tenable to be in partnership with a party that is using state resources to sabotage them.

"We want an equal playground for all contestants. We will not accept to be in partnership with parties such as Jubilee yet they are the ones using state resources to undermine us," he added.

Sifuna accused police officers, chief and assistant chiefs of leading voter bribery in Bonchari to the advantage of the Jubilee Candidate Zebedeo Opore.

Opore is said to be enjoying the support of Interior CS Fred Matiang'i. ODM candidate Pavel Oimeke is reportedly the man to beat in the polls.

"We have seen cases of chiefs leading voter bribery. Assistant chief identified as Erick Ondere has been caught red-handed bribing voters and shockingly when our supporters protest sich moves they are arresred," Sifuna said.

ODM has announced that Nominated MCA at Kisii County Assembly Hon. Risper Kemunto ODM (Deputy Minority Leader) has been arrested. She was one of the ODM agents in Bogiakumu Ward.

The party has also announced that Hon Jane Justin, MCA Kisii County has also arrested. Her together with Hon. Kemunto is being held at Gesonso police station.

Riana Ward MCA Vincent Moisabi , an agent in the by-election, is reportedly arrested.

ODM now calls for the withdrawal of the contingent of police officers in Bonchari to pave way for a free and fair by-election. 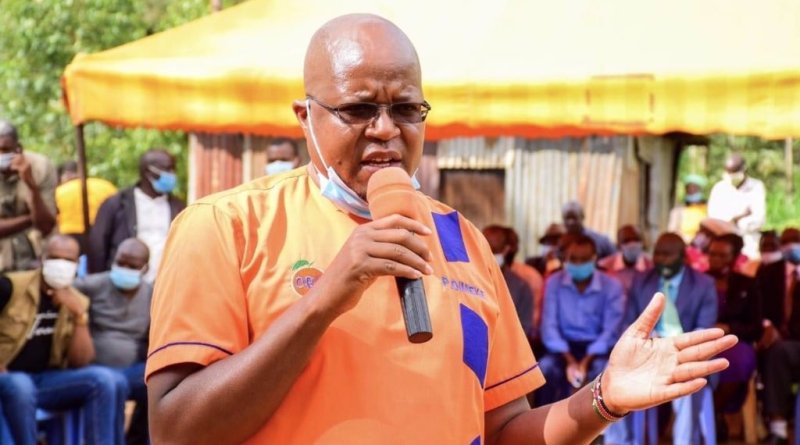 How ODM beat the odds to win Bonchari parliamentary seat