Early August, scientists from the Intergovernmental Panel on Climate Change (IPCC) released a report indicating the world is already sure to face further climate disruptions for decades, if not centuries, to come.

During the report’s launch, UN Secretary-General António Guterres described the report as a “code red for humanity” signaling the need for rapid action on climate change and a strategic approach.

His sentiments were perhaps the latest rallying call to spur the world into more aggressive action against climate change.

According to UN Energy and Climate Intelligence Unit, more than 130 countries have pledged to keep global warming to no more than 1.5 °C to avoid the worst effects of climate change, as envisioned in the Paris Climate Change Agreement which came into force in November 2016.

The quest to stem the tide of global warming however begun in earnest in 1992 with the establishment of the UN Framework Convention on Climate Change (UNFCCC) at the Rio de Janeiro Earth Summit.

The ultimate objective of the UNFCCC, which Kenya is a party to, was to achieve stabilisation of greenhouse gas concentrations in the atmosphere to avoid their harmful effects on the environment.

To rally the world further in the cause to reduce greenhouse gas emission into the atmosphere, in 1994, the UN General Assembly proclaimed September 16 the International Day for the Preservation of the Ozone Layer, commemorating the date of the signing, in 1987, of the Montreal Protocol on Substances that Deplete the Ozone Layer.

Thereafter, against the backdrop of a growing pool of evidence of human influence on climate change and the irreversible nature of its impacts, the international community adopted the Kyoto Protocol of 1997.

The Protocol was a significant milestone as it was the first international agreement in which developed nations signed up to quantified, compulsory reductions in greenhouse gas emissions, a clear signal that the world had finally reckoned with the growing dangers of climate change.

One of the significant aspects of the Kyoto Protocol is the establishment of the Clean Development Mechanism (CDM) – a flexible mechanism that allowed industrialised countries with emission-reduction targets to partly meet their commitments by buying Certified Emission Reductions (CERs), one tonne of CO2 equivalent (CO2e) each, from projects that reduced or avoided emissions in developing countries.

The CDM was designed to meet a dual objective to help developed countries to fulfill their commitments to reduce emissions while assisting developing countries in achieving sustainable development.

The establishment of the CDM unlocked a whole new channel for provision of crucial funding for sustainable development to countries and communities in non-industrialized countries.

As at 2018, the incentive provided by the CDM had led to the registration of over 8,100 climate action projects and programmes in 111 countries, the reduction or avoidance of two billion tonnes of CO2 and sparked investment of close to Sh33.4 trillion in climate and sustainable development projects since 2001.

Kenya Electricity Generating Company PLC (KenGen) has been a beneficiary of the CDM initiative, having commenced the development of green energy projects under CDM in 2006 when the Company entered into a partnership with the World Bank.

Eighteen months down the line, KenGen has now been cleared by the UNFCCC to sell an equivalent of 4.6 million tonnes of carbon emissions earned from the six projects.

The first KenGen project to be issued with carbon credits under the CDM initiative was the Tana Hydroelectric power project which received 57,458 carbon credits on March 13, 2020.

In August 2021, the UNFCCC issued 2,025,813 tonnes of Carbon Emission Reductions (CO2e) to KenGen’s 150MW Olkaria IV Geothermal Project, which was the last of the six projects which KenGen applied for verification through the UNFCCC.

This came hot on the heels of the issuance of 2,040,515 tonnes of CO2e to KenGen’s Olkaria I, Units 4&5 Geothermal Power plant by the UNFCCC.

This is a competition that shines a spotlight on people and organisations with groundbreaking innovations and ideas to mitigate the effects of climate change.

The regional awards, which are courtesy of the IGAD Climate Prediction and Applications Centre (ICPAC), seek to showcase successful solutions that can accelerate the transition to low carbon economies in the Eastern African region.

Going forward, as a way of enhancing our portfolio of climate change mitigation projects, KenGen intends to incorporate additional geothermal, wind and solar projects which will further reduce carbon emissions annually, in the process reducing the impact of climate change on the environment and enable Kenya to  meet the Nationally Determined Contributions climate goals by 2030 with milestone targets in 2025.

As the world heads to Glasgow, Scotland for the forthcoming 26th UN Climate Change Conference of the Parties (COP26) from October 31 to November 12, 2021 I urge all corporates, governments and multinationals to help reverse the trends in climate change by considering initiatives that will help reduce carbon emissions and ensure sustainable development for the current and future generations. —The author is the Managing Director and chief executive of KenGen — @rebecca_miano 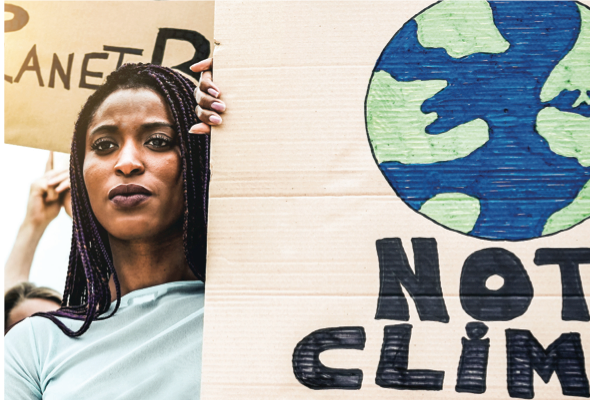 It’s time for business to step up climate action 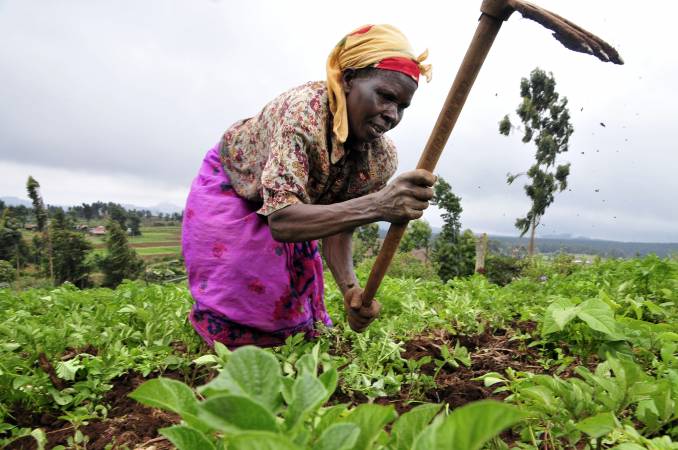 Media must note Glasgow is not any other news