Public interest litigation refers to a legal action, initiated before a court of law for the enforcement of interest of public.

It is a deterrent commonly utilised to seek judicial redress after failure of government to address a constitutional question.

The 2010 Constitution has two articles touching on public interest litigation. They are Article 22 which speaks on enforcement of the Bill of Rights and Article 258 which provides that every person has the right to institute court proceedings claiming that the Constitution has been contravened or is threatened.

To understand the genesis of this form of litigation, one has to put into perspective what entails public interest.

Public interest is something in which the minority or disadvantaged groups or individuals have some interest by which their legal rights or liabilities are put into question or infringed upon.

The recent ruling by the High Court on the appropriation and management of the Equalisation Fund exemplifies the strategic role public litigation offers.

Two observations are worth making at this point about the ruling.  First, the High Court ruled that the Commission on Revenue Allocation has constitutional and statutory powers to make recommendations on the areas listed in Articles 204 and 216 of the Constitution as well as section 10 of the CRA Act.

Second, CRA’s mandate is not limited to identification of areas in marginalisation policy— the authority’s policy recommendations on the Fund are binding.

This means the fund can only be disbursed by the National government in line with recommendations made by CRA.

The objective of strategic litigation is to introduce a systemic change that the status quo is unwilling to initiate or cede.

Any transition, be it constitutional, change in public policy, government structure is notoriously difficult especially for bureaucrats accustomed to the old way of doing operations.

Structural changes are be expected to originate internally and if they do, most happen to be measly with little regard for spirit of changes envisioned.

For progressive public interest litigation to find favour and win new converts, we need to litigate with a view of winning hearts and minds of the public.

The main objective of my argument is to raise awareness of the many potential ways in which law can be used strategically to assist independent bodies such as commissions and county governments discharge their constitutional obligations.

Third-party or amicus-style intervention in legal cases touching on devolution matters can make important contributions to the interpretation of the law.

There are several factors in strategic litigation that are optimal for devolution. One such area for contestation is the piecemeal approach adopted as far as the transfer of functions to counties under Schedule 4 of the Constitution is concerned.

This lackluster approach presents a challenge to the original conception of devolution which presupposed a seamless transfer of functions to county government.

County governments are now more than capable of handling more devolved functions as opposed to the perception about their capacities.

Revenue allocation is also proving to be a divisive issue. By law, counties are entitled to least 15 per cent of the total national revenue.

However, the government is, not precluded from allocating more than 15 per cent to the counties. There is need to adopt the maxim “money follows functions’ in allocation.

The corridors of justice have been critically underused as an effective tool for clawing back constitutional gains in the devolution space.

Public litigation has its fair share of challenges, but they shouldn’t be viewed as a stumbling block but rather provide an opportunity for strategic collaborations and coalition building with non-state actors for legal and policy victories. —The writer is a Communication Expert 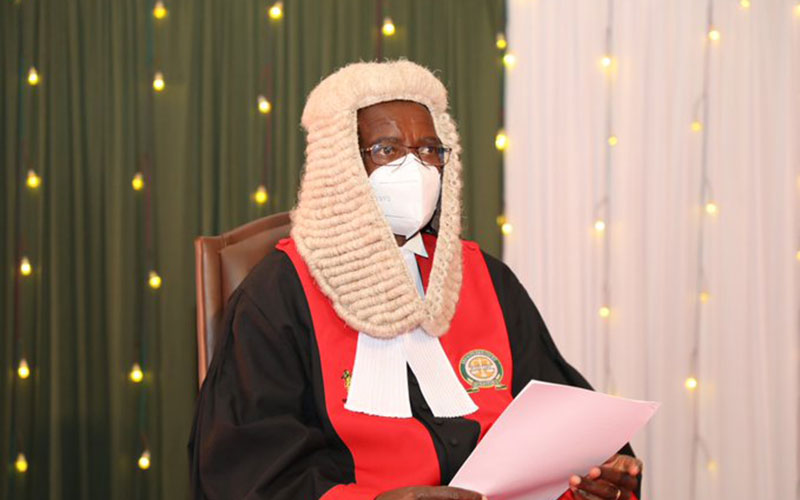 Maraga advisory a wake up call, though not realistic