Learning institutions in Kenya have been under lock and key since March 15, 2020 shortly after the first case of Covid-19 was discovered in the country.

Kenya was taking cue from other nations hard hit by the pandemic. It shut down schools, ban flights plus control entry and exit of foreigners along the common border with all its neighbours

The initial worry following the closure of schools was how to engage pre-Primary learners at home, with no information as to when the institutions would resume.

This group is the hardest hit by the consequences brought by the Covid-19 pandemic.

The Ministry of Education was quick to direct parents and schools to online learning.

The Kenya Institute of Curriculum Development (KICD) moved with speed to avail radio and TV programmes for all categories of learners, and especially those in Early Childhood Development and Education (ECDE) centers through Edu-TV.

Some surveys carried out on the E-learning noted that remote learning programmes had marginalised the urban poor, rural populations and those in hardship areas, with a mere 22 per cent of Kenyans getting access to this platform.

The surveys indicated that most of this population does not have smart phones, TV or Radio, while those with a smart phone have only one which is shared between several members of the family making it impractical for learners to have access it.

For the early learners in ECDE, the challenges were even bigger and demanding compared to others, given their age and concentration span. Some counties such as Makueni have taken the bold step of working with local radios to offer classes to ECDE learners.

For counties in northern Kenya particularly Mandera and Wajir, the Covid-19 pandemic could not have come at a worse time. From the beginning of the year the schools were either closed or did not have teachers following mass transfers related to terror attacks.

The closure of schools exacerbated the problem and rendered the few in school with no solution in place.

In Sub-Saharan Africa it is estimated that every dollar spent towards tripling pre-primary education enrolment would yield a $33 return on investment.

While some can afford to pay for remote learning, the reality is that incomes have drastically come down and most parents and guardians have taken up the responsibility of teachers and are drawing up schedules for their children.

Parents have been forced to buy extra learning material to keep children engaged, a tall order given the concentration span of early learners that is a mere 30 minutes before they get distracted by other things around the house or home.

Many parents are now revising with their children and downloading exercises shared by some schools all in an effort to keep the children engaged. Since most parents are not teachers, the possibility of making errors is high.

With schools now set for 2021, parents will have to endure playing the duo role of a teacher and a parent in their homes to keep their children from mischief and Covid-19. - The writer is an education expert specialising in ECDE 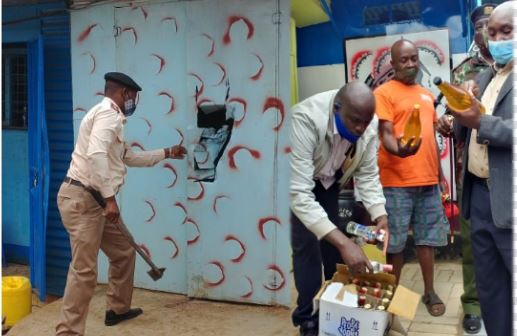