Mandera county has in the recent past borne the brunt of insecurity. For instance on March 11, 2020, Mandera county suffered several attacks at one spot in Jabibar area  between Bambo and Rhamu town.

First, a police land cruiser belonging to Takaba Police Station heading to Mandera was attacked with an IED explosive but luckily, no one was hurt but the car was damaged.

Shortly after, a Makkah bus traveling from Nairobi to Mandera was ambushed at the same place and the passengers ordered to disembark from the bus.

One of the passengers, a mechanic,  was taken hostage and the rest released. He was not from the local communities. Other passengers were physically assaulted.

In another incident, two other vehicles heading to Mandera were attacked but the occupants were unhurt.

After a while , a lorry believed to be carrying vegetables was stopped at the same site.

The driver and the  turn-boy—both non-locals—were abducted. There is no word yet about their whereabouts. It was later reported that the lorry had been burnt to ashes.

These incidences happened within an area where we  enough security forces within 20 minutes reach.

Yet the militants had a field day executing their heinous acts for over three hours undeterred by security forces.

While the government has provided all the support the county has asked for in terms of security personnel, it seems we are not making any progress.

The attackers seem not to care about the presence of security officers. And they are executing every attack with precision undeterred.

Currently, there are foreign troops from Jubaland roaming the streets of Mandera.

But one wonders; who can confirm the identity of this large group of armed fighters? What if the al-Shabaab fighters disguised as security officers in uniform?

This is the most exposing way to run a security situation that we have willingly set ourselves into.

Sadly the county of Mandera has been turned into a battle field for both foreign forces and militants as we sit and watch.

All concerns have been ignored in the name of foreign interests and diplomacy.

It is unfortunate that the interest of these foreign entities seems to have superseded that of Kenyans in Mandera.

On its part, the county leadership recently held a symposium to discuss homegrown solutions to dealing with radicalisation and countering violent extremism and proposed several measures to handle the deteriorating situation.

The acts of the militants has negatively impacted the most crucial sectors in our county and entire northeastern, including the economy and education.

Indeed, the Teachers Service Commission is withdrawing teachers from the region because of insecurity. What becomes of the learners, whose right to education is enshrined in the Constitution?

For the efforts against the militants to bear fruit,  we must pay attention to factors that fuel radicalisation and make interventions that would deter recruitment of youth into the illegal groups and decrease indoctrination.

Even as we continue supporting our security officers in this campaign against terror, it is obvious that intelligence is being passed or shared with our agencies, but action comes too little too late or sometimes it does not come at all.

This often leads to blame game between leaders, locals and the security teams. Together we can act swiftly and secure our county and country.

The constant attacks witnessed recently could have been avoided and we continue to appeal to our security officers to respond to intelligence shared with them by members of the public to avert such attacks.

We remain committed to working with the National Government on proposals that will help resolve the Al Shabaab attacks.

Our  homegrown proposals have been shared with Ministry of Interior and Coordination of National Government. —The writer is Governor, Mandera County 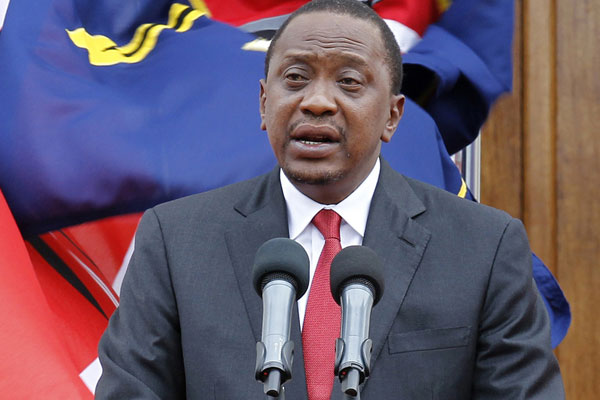