“Sahel is facing one of the fastest-growing displacement crises in the world – and yet one of the most forgotten.” This is how the United Nations describes the region bordering the Maghreb and Equatorial Africa. Some 1.5 million people are displaced in the region owing to insecurity. As of July 2020, the Sahel had 1.7 million internally displaced persons (IDPs), 834,428 refugees, asylum seekers, and 650,391 returnees in dire need of assistance.

The UN further notes that in the Liptarko-Gourma region, in Central Sahel, the conflict has all the elements of escalation. Liptako-Gourma is a tri-border region that covers an expansive area of around 370,000 square kilometres casing over northern and eastern Burkina Faso, spanning across central and northern Mali and extending over to east Niger. This expanse is known for rich mineral resources, water, energy and agricultural potential that has become a hot spot of Africa’s Sahel.

An estimated 17 million people call the oasis that is Liptarko-Gourma, home. The UN World Population Prospects 2019 notes that out of the world’s 20 youngest countries, 19 are in Africa with Niger topping the list. As of mid-2020, over 900,000 people were internally displaced in Burkina Faso with the emergency crisis spilling over to, Benin, Chad, Cote d’Ivoire, Ghana, Mauritania and Togo.

Simmering tensions among the communities and overstretched governance structures have compromised border control in the Sahelian-troika nations. About 80 per cent of the inhabitants of Liptako-Gourma live in rural areas practicing farming and pastoralism. Incessant conflicts between farming and herding communities over access water and grazing lands have led to fatal inter-communal feuds.  Sporadic attacks from non-state armed gangs, self-defence vigilantes, militias and jihadist leaning fundamentalist groups have exacerbated the crisis in Liptako-Gourma.

The UN Security Council notes that between June and December 2018 at least 395 lives were lost in Sahel’s inter communal clashes.  Moreover, in 2019, some 4000 fatalities were recorded as casualties of the Sahelian crisis. Niger’s Tahoua and Tillaberi regions, Mopti in Mali, Nord, Centre Nord and Sahel regions in Burkina Faso are some of the towns in Liptako-Gourma that are severely affected. Ongoing national, regional and international responses aimed at restoring stability, managing the humanitarian crisis and curbing the rise of extremism in the tri-border region are bearing short-term gains. We should not lose the momentum.

This delicate security dilemma and vicious cycle that transcends Liptarko-Gourma and spills over to the wider Sahel prompted the UNFPA West and Central Africa Regional Office (UNFPA-WCARO) to go beyond the intensive humanitarian assistance that it extends to the region. Included in UNFPA’s compassion support interventions is family health support on maternal, reproductive, child health services, Ebola Viral Disease (EVD), Covid-19 pandemic responses and conflict trauma counselling services all of which inspired a quest for durable answers.

To this end, UNFPA commissioned detailed studies to interrogate the standard assumptions of a restive Sahel. The studies further investigated the underlying causes of disharmony in the Sahel with a view of designing a concrete intervention initiative offering permanent solutions and entry-points of upscaling present successes.

“The level of peace and security is positively correlated with the secondary school enrolment rate, the urbanization rate and the agricultural performance of a country.” A study on the undercurrents within the Sahel undertaken by the Dakar-based National School of Statistics and Economic Analysis (ENSAE) titled Modelling the relationship between demography, Peace and Security notes.  “Furthermore, the level of peace and security is negatively correlated with the demographic dependency ratio, the level of economic inequality and the unemployment rate among young people.”

Recognising all these factors and taking them into account the UNFPA together with Sahelian governments and international partners convened an international symposium in November under the triad theme of “Demography, Peace and Security” initiative.  This triad-themed initiative revolving around demography, peace and security is building upon the achievements made by current interventions and seeks to fill the gaps identified by the various studies.

The convention brought together a conglomeration of state and non-state actors, academics, researchers, and think-tanks working in the Sahel on the critical fields of demography, governance, reconciliation and security. Political, economic, social, religious and strategic studies leaders and scholars also attended offering insights, exchanged experiences and shared workable solutions on the renewal of the Sahel. Results of UNFPA’s statistical modelling on the relationship between demography, peace and security alongside public policies interventions and future endeavours for the next generation of African leaders were the key plenary discussion.

It is imperative to refocus and mainstream all interventions to facilitate tangible and long-term solutions that are all-inclusive and offer a sustainable roadmap to achieve stability, lasting peace and conducive environment for development.

In most conflicts, youth form the largest cadres of combatants with women and children topping the list of the most vulnerable. Cognizant of this fact it is incumbent that conflict resolution methods currently being deployed in the region embrace the crucial aspect of Sahelian demography, the place of youth in forging future peace while offering stability to cushion women and children as engines of progress.

The crux of UNFPA’s “demography, peace and security” initiative takes into account that the structural transformation of the Sahel and the wider continent of Africa goes beyond substituting development plans with military operations or humanitarian responses. If anything, it acknowledges these triumvirate intervention models as interlinked and inseparable. In other words, security stabilization, development action and humanitarian assistance are invaluable and indispensable in confronting and diffusing the inner-core of the Sahelian crisis.  The end-goal is reclaiming the Sahel as Africa’s oasis of peace.

The building blocks of the “Africa We Want” by 2063 brings on board strong families and young people to play their rightful roles in governance thereby, facilitating a continent that is healthy, peaceful and prosperous. This is possible if we tackle the crisis in the Sahel, revitalize international support and galvanise the continent’s demographic dividend.

Mabingue Ngom is the Regional Director of the UNFPA-West and Central African Regional Office. He oversees 23 countries in the region 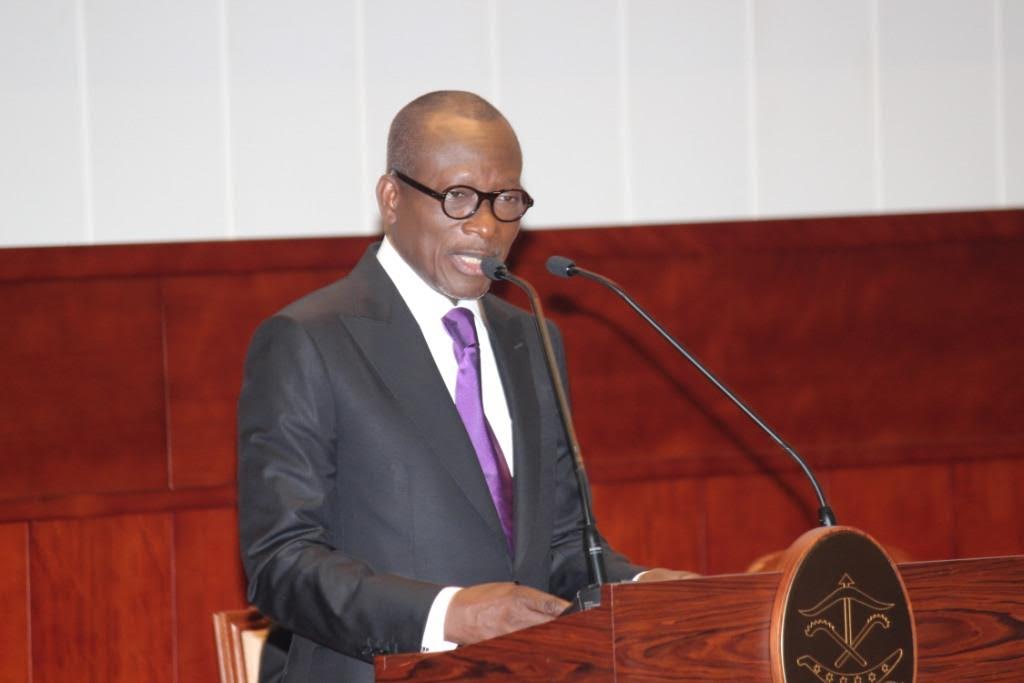