Chief Justice Martha Koome made a wonderful presentation yesterday on the strides the Judiciary has made to ensure justice is not only served but also seen to be served.

Among other things Lady Justice Koome outlined during the State of the Judiciary and Administration of Justice address, was the impressive case clearance rate of 83 per cent. That is the international standard for a working judicial system.

To move towards 100 per cent clearance rate, she suggested a combination of factors such as effective use of technology, inter-agency coordination, adequate staffing and funding, habitable court rooms and working stations, in addition to the single most important ingredient – the service of dedicated judges, judicial officers and supporting personnel in courts.

Whereas all these paint a picture of an institution that is being steered in the right direction, there are elements that make all this effort come to nought – corruption.

It is unfortunate the performance report was being launched a day or two after a video recording of how a judge allegedly connived to deny litigants justice went viral.

The judge, who admitted on national TV that he knew about the recording, said the video was edited to suit the needs of whoever leaked it to the public. That one video has eroded the confidence many had in the institution.

In yesterday’s presentation, the CJ quoted Marcus Cicero, saying the foundation of justice is good faith.

In Cicero’s words, the good faith is in truth and fidelity to promises and agreements.

And injustice is of two kinds: one that inflicts wrong and the other that stops wrong from being inflicted.

It is indeed a momentous time for the Judiciary and its head who is barely six months into her tenure.

The video watered down the presentation which also served as a scorecard for the head of the Judiciary.

It is a fact the institution and the CJ have done a lot to ensure those seeking redress are as confident of the process as possible and the issues are addressed within the shortest time possible.

However, if Koome does not face the corruption dragon head-on, all these are wasted efforts.

Trust and confidence in the institution was touted as one of the reasons Kenyans were among the happiest people in the region.

This trust is waning and it is incumbent on Koome and the Judicial Service Commission to restore it. And time is not on their side. 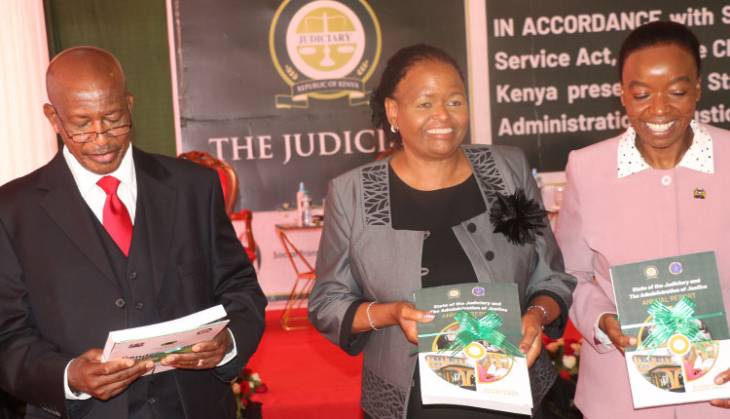