For harmonised existence, let’s pull back the gates

Common currency holds that the world is increasingly integrating. The walls of years gone by are fast collapsing and being replaced by a common brotherhood.

In our own political language these days, political opponents keep referring to each other as ‘brother’.

From President Uhuru Kenyatta and Opposition leader Raila Odinga down to your local MCA the language these days is one of brotherhood.

Yet in practice, in many of the residential areas walls are going up steadily.

There are many estates that are getting littered with the oasis of exclusive opulence to which lesser mortals are not welcome.

Some of these gated communities are defined by common ethnic extraction and other features that set them apart.

Some of these exclusive residences now come with their own services: Security, water supply, supermarkets, salons, gyms, recreational areas, among others.

There are high gates manned by fierce security guards with rungus who talk to you through small windows left in the gate for that purpose and inform you outright that there are no vacancies.

In some of these estates membership is defined by skin complexion and the length of your hair.

Dark skinned people with short kinky hair may be seen at the gate and are assumed to be job seekers.

They are quickly turned away. They are assumed to be looking for positions as cooks and watchmen, or garden boys and house girls.

In some of these residences dark skinned people who may be attracted to look for houses in the enclosed walls will be told there are no empty houses. The reality is otherwise.

The right extraction people will be quickly ushered in and shown empty houses at prices that are friendlier than would be quoted to others.

It is a practice that has worked elsewhere. Not too long ago, in some Oceania country, migrants from Asia, dripping with dollars, would move in, bid for an entire block, pay the price quoted and some more.

Then hike the rent which would drive out Caucasians, after which the “right” people would move in at a reduced rent.

Such walls pose serious dangers. The children growing within the walls are socialised with a presumed superior orientation.

They come with stereotypes such as “people from Kibera are like this or that, blacks are cooks, watchmen, house girls or drivers”.

What the walls hide from those inside is the possible resentment and curiosity building outside.

But soon they become the object of scorn. If water supply does not trickle to our side of the fence, it is those inside the walls who have blocked it.

When we do not have bread or medicine or face masks in our neighbourhood it is those privileged individuals who have taken them.

The result is uneasy tension waiting for a moment to explode. That moment will one day come and could be fuelled by civil unrest or some social upheaval when the majority outside the wall will throw caution to the wind and blame all their challenges on those inside the wall, essentially exposing them to harm.

For a harmonised existence and long term peace, let’s pull back the gates and set up a common table to which all brothers and sisters are welcome. —The writer is dean, School of Communication, Daystar University 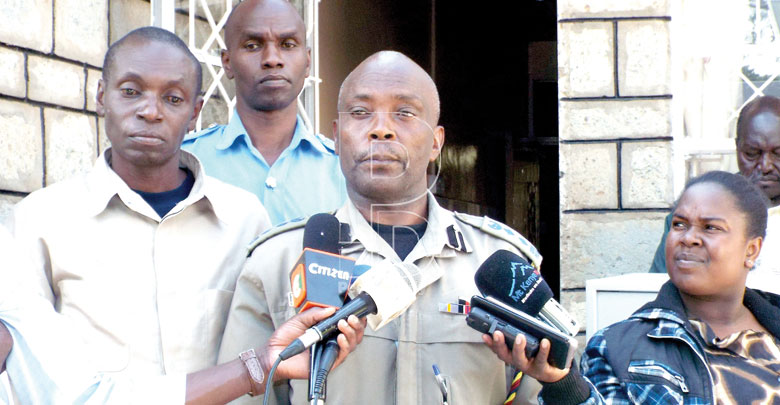