How my public participation forum was scuttled

It is common knowledge that I am a people’s person. So when it comes to making decisions on the use of public funds, I must involve my people.

Last week I saw the need for a public forum to plan for the ward development fund we are expecting to receive as soon as the Senate gets its act right.

I consulted with my sidekick Mokonyonyo about the logistics of organising such function in these Covid-19 times.

As expected, he did not see any problem with that. “Just do the needful. Let’s hire a school field and plan to provide lunch for about 200 people,” he suggested.

“Let’s make it 300, the more the better, a field can accommodate that number,” I said.

After all, this was going to cost me just a few shillings—an insignificant dent in my pocket.

Since when was a millipede crippled by the loss of one leg? We agreed on the simple logistics and soon we were set to go.

The field in the largest secondary school in my ward was teeming with humanity by the time I arrived there.

These could not have been 300 people. I asked Moks about this crowd.

“Mhesh, si you are the one who said the more the better? Remember, these are potential voters, Bwana.” I held my peace.

I called the meeting to order, asked the people to maintain  social distance and informed them of the main agenda: to seek their opinion on how to spend the monies to be allocated for development in our ward.

“This is your day, mine is just to listen and take notes,” I declared and then passed the microphone to Moks to run the show.

“Bwana MCA, thank you for organizing such a forum. This is what we have always wanted. But first, tell us a few things.

He then gave back the mic to Moks. I was tongue-tied for I had not seen this coming.

Thankfully, my sidekick looked at the heckler straight in the eye and told him I was not to answer any questions here. Mine was just to listen and take notes.

Another person took the mic. “I suggest that we use the money to expand our schools. Each school should get an additional classroom for social distancing,” he said.

A lady stood up and spoke. “We don’t eat schools, we eat food. I suggest that we expand the markets where we buy and sell foodstuffs.

It is not fair to have the people selling foodstuff to be dangerously close to one another.”

As speaker after speaker gave opinions, I was busy taking notes. It was however, one man, who introduced himself as ‘mchochole’ that introduced a strange angle to the whole discussion.

Listen to him: “We here are all responsible adults who know how to use money.

This business of someone else deciding for use how to use our money should stop.

This is my suggestion. Let each of us be given an equal share of the money kila mtu ajipange”.

The suggestion raised so much dust. Mok’s efforts to calm down the crowd bore no fruit. As he struggling with the people, I saw two men walking straight towards me.

“We would like to have a word with you if you don’t mind” one of them told me. I obliged and moved aside.

“We are police officers. We have orders from the county commander to stop this political meeting.

You are contravening the Covid-19 rules. So stop this meeting in the next ten minutes or get arrested.”

I walked back to Moks and told him what I had just been told. By now he had managed to restore order.

“Tell them to go to hell. We have a right to meet.” I went and told the officers as much.

“Mheshimiwa, don’t say we never warned you,” one of them said and they walked away.

Minutes later, a lorry full of armed cops landed in the field and the chaos that followed that was frightening.

I have never inhaled so much teargas! I had to be whisked away by my supporters. I can see the hand of my rival Alfalfa in this.

Only this man, whose only ambition in life is to unseat me, is capable of doing such things. Tutapambana. – [email protected]

Ramaphosa: Profiting from a disaster is scavengers action

Time for stakeholders to invest in Kenyan youth 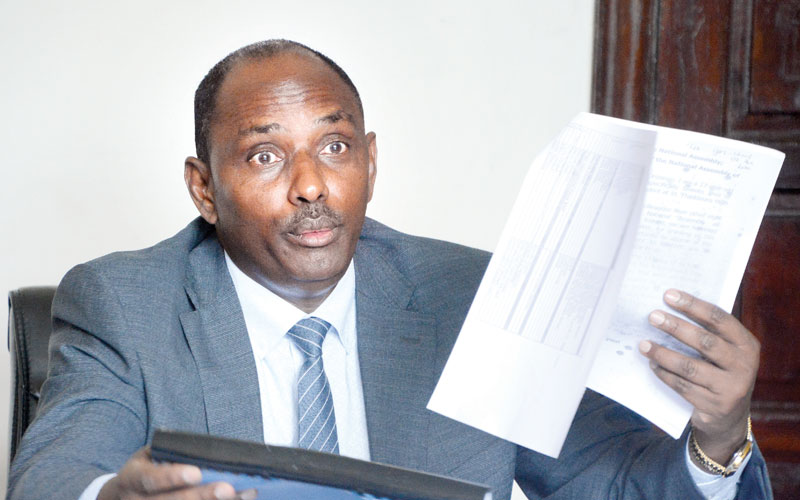