Perhaps it was because of the anticipated discussion of the supplementary budget that there was a full attendance of our County Assembly sitting that afternoon.

We had been pushing for extra funds to complete the projects in our wards, and finally, the Finance committee had seen the sense in considering our request.

“Before we go to the main issue of the budget, I have a message from the governor,” the Speaker announced.

Most of them scored below 250 marks. And you also know we were included among the top 20 most corrupt counties.”

There were loud murmurs in the House. Every member seemed to have something to say and was saying it aloud.

“Order!” shouted the Speaker. “We need a way forward.”

MCA Chonjo was on his feet. “Mr Speaker, let the Education committee handle the KCPE matter, and the Legal Affairs one look into the corruption report.”

“Nonsense!” someone yelled, attracting the wrath of the Speaker. He cautioned the unidentified member against using unacceptable language in the House.

MCA Violata, Leader of the Minority, who is the chair of the Legal Affairs team supported MCA Chonjo. “There is no committee better placed to handle the corruption report than the legal one. After all, it is the only team in this House which is beyond reproach as far as corruption is concerned.”

I am sure Violata had not thought of the consequences of her words: What a furore she caused! Everyone was now shouting.  When at last calm returned, MCA Pinto, Leader of the Majority, stood to speak. He is known for his Solomonic wisdom, and once more he did not disappoint.

Listen to him: “I suggest the two weighty matters be handled by a committee of the whole House, and preferably at a retreat.”

The applause that followed was deafening. Within no time, we unanimously agreed we needed quality time outside our normal working environment. A retreat. MCA Matayo, who had not said a word during the session, caught the eye of the Speaker. “What is it, Matayo?”

“How many days is the retreat?”

“Noooooo!” came a loud chorus. We prevailed upon the Speaker to make it a five-day event.

Two days later we arrived at the venue, of course not before receiving our allowances in full. The governor himself was at hand to officially open the retreat.

“I urge you to look at these issues with an open mind. My government will always support such retreats because we know the importance of putting MCAs in an environment where they can think clearly.”

After the opening, we were given the programme. Every morning after breakfast, it was a brainstorming session.

“We want you to take time to reflect on the two issues,” said the Speaker. “You can do the brainstorming in pairs or individually, at the venue of your choice. Then every afternoon, we shall be meeting to compare notes.”

The tight programme left us with very little free time, something that did not go down well with us.  “Don’t worry, we shall make changes as time goes by,” the Speaker assured.

Three days into the event, we were yet to convene and discuss anything. Reason? We still needed more time to storm our brains.

On the last day, however, we had no choice. We had to gather. After a brief discussion, we unanimously agreed there was no cause for alarm over the exam results. After all, most of us in the County Assembly scored less than 250 marks, and yet we were successful in our work.

“Exam results mean nothing!” declared the Speaker, to loud applause.

Regarding the EACC report, we agreed that being in the top 20 wasn’t as bad as appearing in the top 10, so also no cause for alarm.

The governor arrived just in time to close the event. “I am glad you have had fruitful deliberations. My government is fully committed to supporting such retreats,” he said. – [email protected] 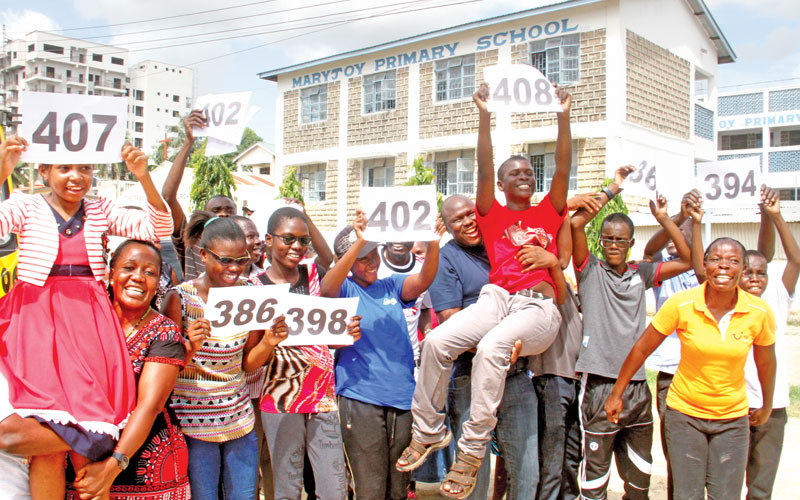 Letter to my employer on the new ways of interacting

Of names that are much more than entries on IDs

Why country’s CEO must be missing his night life