President Uhuru Kenyatta has unequivocally asserted that the Building Bridges Initiative (BBI),  aims at consolidating an enduring legacy of his leadership.

In the strongest response to critics of the BBI and his rapprochement with ODM leader  Raila Odinga, the President last weekend reiterated that his focus is more about achieving national unity than political succession.

Alluding to heated campaigns mounted by his deputy William Ruto and allies mostly from his Rift Valley home turf and some from the President’s Central Kenya backyard, he was categorical.

No one, including Ruto would deter him from his avowed mission to unite all Kenyan communities through a constitutional process that the BBI represents.

He declared that he would also have a say in advising Kenyans who their next leader should be after he completes his two terms next year.

He revisited his statement three weeks ago, that it was perhaps the turn of someone else save those in the two communities who have ruled since independence to take the mantle.

In hard-hitting speeches during a well-choreographed four-day sojourn at the base of Mt Kenya, the spiritual home of the Agikuyu, President Uhuru plunged deeply into the country’s heated political atmosphere permeated by Raila and Ruto.

This was certainly the beginning of his effort to leave a lasting legacy of his leadership and to persuade his Gikuyu, Embu and Meru Association nation (Gema), that they were unlikely to have a flagbearer come the 2022 General Election.

Which would mean that the vote-rich Gema nation would have to throw their weight behind a candidate from another community from among Kenya’s 47 communities. Combined with his earlier statement, this was not certainly sweet music to his deputy’s ear.

The declaration that he owes nobody a political debt and that whoever needs the Central Kenya vote would have to “come through the front door, not the kitchen door or bedroom window,” left no room for interpretation as to whom it was directed.

Ruto’s allies in Central Kenya who have been openly belligerent against the President were shut out from his itinerary.

They will definitely find the ground tougher after the more than 5,000 delegates including governors, legislators, business, social and religious leaders heeded the President.

Their resolution to fully back the BBI and ensure that county assemblies pass the Constitutional Amendment Bill, 2020 essentially means that Uhuru is destined to fulfil the key pillar of his legacy, should it pass the referendum test.

Not to say that BBI will sail smoothly despite the overwhelming support it enjoys countrywide.

Ruto has assembled a formidable team of agile politicians backed by a formidable political, financial war chest and a powerful machinery rattling the “hustler-dynasty” narrative.

The President has not taken kindly this narrative, dismissing it as retrogressive and denigrating to his Jubilee Party’s development track-record; an ill-conceived effort to besmirch another cornerstone of his impending legacy – the Big Four agenda.

It is now clear to all and sundry that the gulf between the President and his deputy has widened deeper, and it is unlikely they will find common ground on the Executive’s signature national unity drive, as it navigates a tricky constitutional and legislative terrain.

On this final stretch, the President must delicately balance the political and judicial expectations of his legacy, a ravaged economy, the Covid-19 pandemic, poverty, unemployment and a huge social services gap. The next 18 months promise to be full of revelations. — [email protected] 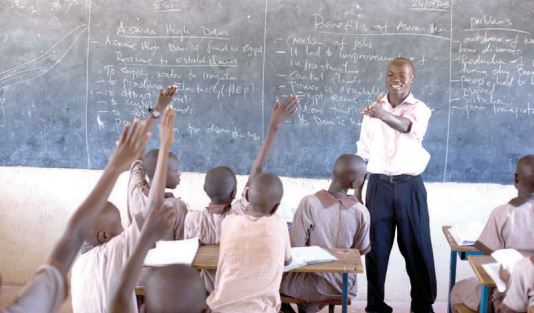 Rush against time for 20 governors to decide fate