Back in June, France were overwhelming favourites ahead of the Euro 2020 finals, off the back of a victorious World Cup campaign and a strength in depth unparalleled across Europe.

Three months later, however, Les Bleus are bordering on turmoil. Since beating Germany in their opening Euros match, they have drawn five on the bounce, including the last-16 elimination by Switzerland on penalties.

On-field displays have not improved during this international break, following underwhelming 1-1 draws against Bosnia and Herzegovina and Ukraine, leading to several stars admitting their exasperation in public.

So what is going wrong with the world champions?

It is the trickiest period in Didier Deschamps’ nine-year reign as France boss.

Their early exit from Euro 2020 in the summer was a surprise but - after a run to the Euro 2016 final and victory in Russia two years later - it was excusable.

This is at times the random nature of tournament football, where shocks and upsets are relatively commonplace.

Yet it pointed to some other problems. French sports outlet L’Equipe state that Deschamps’ managerial approach has changed, from his usual authoritarian nature to that of being more open on matters of selection and formation.

His players have influence now and he is willing to negotiate on style and approach - but is that leaving the team open to a lack of clear identity and thinking?

The squad almost feared their manager ahead of the 2018 World Cup but since that ultimate triumph, Deschamps has softened - the thinking is that this has also led to general drop in discipline.

Another accusation labelled at the team at the moment is a lack of aggressiveness on the pitch, which captain Hugo Lloris acknowledged after Saturday’s stalemate in Kiev.

‘There was a lack of commitment, of aggressiveness. The euphoria of the 2018 World Cup is over,’ he sharply said.

‘We’re feeling a little lack of confidence. There’s also a lot of development in terms of players, but it’s up to everyone to increase their level of performance.’

While it could be argued that France are simply going through a rough patch in form - not unlike Spain after their string of successes from 2008-2012 - these issues do need to be resolved sooner rather than later.

The ultimate indication of Deschamps changing his approach was his surprise recall for Karim Benzema for the Euros.

The Real Madrid forward had not played for his country since 2015, following an alleged blackmail of fellow national team player Mathieu Valbuena over the alleged recording of a sex tape.

But amid Benzema’s terrific form for Real Madrid, Deschamps changed tack and opted to bring the 33-year-old back into the fold.

And, in Deschamps’ defence, Benzema’s form has been good, as he struck four times at the Euros.

But  a vital player for the national team, Antoine Griezmann is undergoing a difficult period currently with both club and country.

Amidst a tough two years at Barcelona - and following a deadline-day return to Atletico Madrid on loan - the forward is also reportedly being left confused as to his role with the national team.

Griezmann’s role is constantly changing, match by match, and his creativity is diminishing too.

But Deschamps, particularly tonight without the injured Kylian Mbappe, must start getting the best out of the 30-year-old again.

Meanwhile, Paul Pogba certainly did not mince his words after France were held once again at the weekend.

‘We have to show some pride as well and not accept it all,’ he said. ‘Pardon the language, but it p***es me off to not be winning.

I haven’t won with the French team in a while, and it’s something that I’ve missed. I think that’s the case with everyone, with all of the players, we want to show a reaction. - Daily Mail 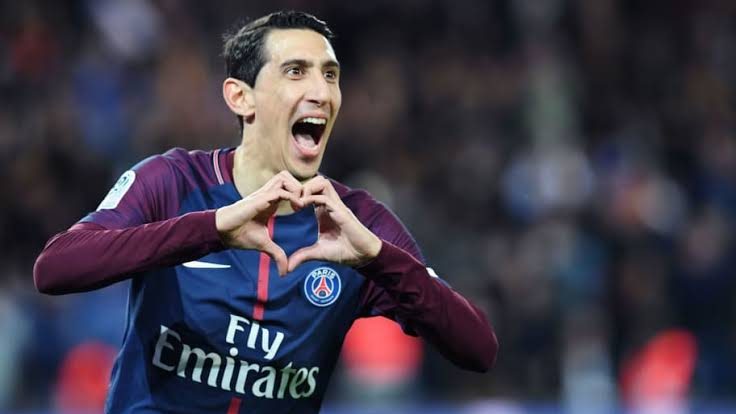