Kipchoge lined up for doctorate conferment

World marathon record holder, Eliud Kipchoge is set to be conferred a doctorate degree by Laikipia University for his exploits in sports.

Kipchoge, who also excited the world by covering the marathon’s distance of 42.195km in under two hours, will be given the Doctor of Science honorary degree during the university’s seventh graduation ceremony on Friday, next week.

“The University Senate in making this award noted that Eliud (Kipchoge) has made tremendous contributions in the realm of sports,” vice-chancellor Kibett Rotich said in a notice published in the media on Wednesday.

The Senate specifically recognised his most recent achievement of becoming the first human in history to run sub-two-hour marathon.

“In a remarkable feat of endurance, Eliud delivered his “moon-landing” moment by crossing the finish line in a mind blowing time of 1:59:40.2 in Vienna (Austria),” the Laikipia-based institution of higher learning said.

The award of the PhD degree will come days after Kipchoge was crowned the Athlete of the Year for the second year running by world athletics body IAAF.

Last month, he was awarded the Elder of the Order of the Golden Heart of Kenya (EGH) by President Uhuru Kenyatta during the 10th Mashujaa Day celebrations.

EGH is the highest honour that can be awarded to a civilian. 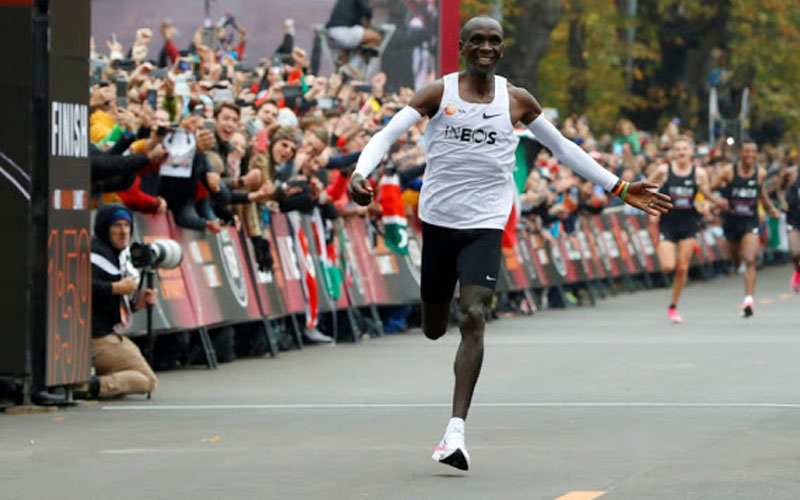 Chemtai, the hockey star who conquered the track, field events

Jepkosgei dreams to rule the roost in marathon despite cancellations