Manangoi hopes to dominate in August at Diamond League

Commonwealth Games 1,500m champion Elijah Manangoi says he feels grateful to be healthy and is hopeful to dominate the rescheduled Diamond League starting in August.

Manangoi suffered an ankle injury while in training last year, which proved costly as it ruled him out of the World Championships in Doha, Qatar.

However, when he was looking forward to returning to action and stage claim to the Olympic title and Diamond League trophy, the season was postponed owing to the COVID-19 pandemic.

With the World Athletics announcing a road map to return to action in August, Manangoi says he is happy he wants to exploit the chance to dominate in his race.

“I started the year strong in training because I wanted to be fit for the Olympic Games in Tokyo.

But even at home, I have maintained a strict diet and training programme. I am fit and ready to challenge at any stage,” said Manangoi on Wednesday from Narok.

The 27-year-old said he will only need one month to turn up the gears in training to be at his optimum best ahead of the August date to return to action.

“It’s only two months before the action resumes. I have been preparing for the season. Any professional athlete needs time to tune-up.

My hope is for the pandemic to end and we return to competition,” Manangoi added.

With most competition being pushed to 2021, Manangoi is worried many athletes will burn out. There will be the World Championships, Commonwealth Games and Olympics.

There is also the Africa Championships all within a span of two months in June and July 2021.

“It will require clear planning,” he said. “Of course many athletes will have to choose and I hope to be fit to be able to compete at the optimum level,” he added.

“For me Tokyo Olympics postponement was a blessing in disguise because, when the year started I had recovered up to 70 percent.

I have had enough time to prepare with no pressure of delivering top performances at the Diamond League.”

He will have, however, to contend with his younger brother George Manangoi, who has sprung to stamp his authority as he transits from junior to senior cadre and World Champion Timothy Cheruiyot, who filled the void when he was injured. -Xinhua

Champion Cheruiyot hopes to maintain form through to 2021 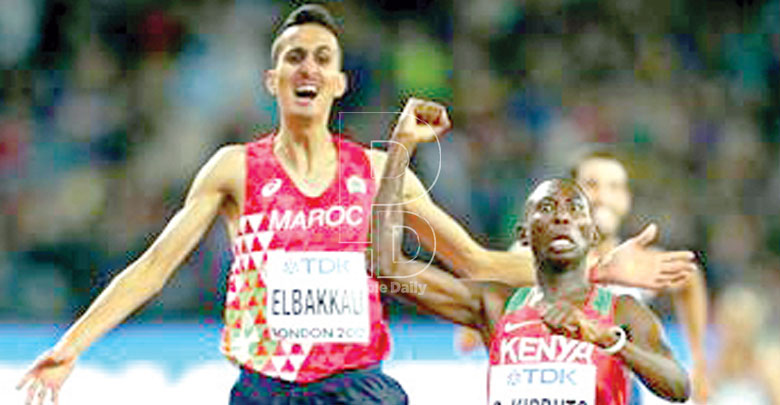 Commonwealth Games Federation to have new executive board

Conversion of Stadium to an open-air venders market, a blow to sports