President Uhuru Kenyatta yesterday urged athletes to be the country’s good brand ambassadors as handed over the national fag to Team Kenya ahead of the Tokyo 2020 Olympic and Paralympic Games at State House.

The President told the contingent of 113 athletes to uplift Kenya’s reputation in the community of nations by being disciplined and carrying themselves with dignity. “I ask you to be great ambassadors of our country.

I expect you to work hard and together as Team Kenya towards building a stronger sporting sector and to bring glory to your country which I believe thereafter will inspire and nurture those who come in future,” the President said.

President Kenyatta expressed satisfaction with the level of preparations that the Team and its leadership had put in to make the country proud once again.

He urged them to play safe and clean at the Games in line with our national values and practice.

The Head of State noted that athletes played a critical role in the country’s national cohesion, global branding and even socioeconomic development and lauded them for being the country’s true ambassadors.

“The 2020 Tokyo Olympics is another opportunity for us to promote these qualities that position us for success in the sporting world,” the President told the athletes and assured them of continued Government support throughout the games.

He congratulated the team for qualifying to represent the country, and wished the athletes success in Japan saying Kenya, is counting on them to win medals.

“On my behalf and on behalf of the Government and the people of Kenya, I wish each and every one of you success as you head to Tokyo.

We all look forward to welcoming you back home to celebrate your win at the 2020 Olympics,” the President said.

He thanked Team Kenya’s sponsors led by East African Breweries (EABL) and Safaricom for their continued investment in sports.

The two indigenous Kenyan corporates have sponsored kits to be used by Team Kenya during its stay in the Japan.

BA in Communication and Political Science
Editor at People Daily 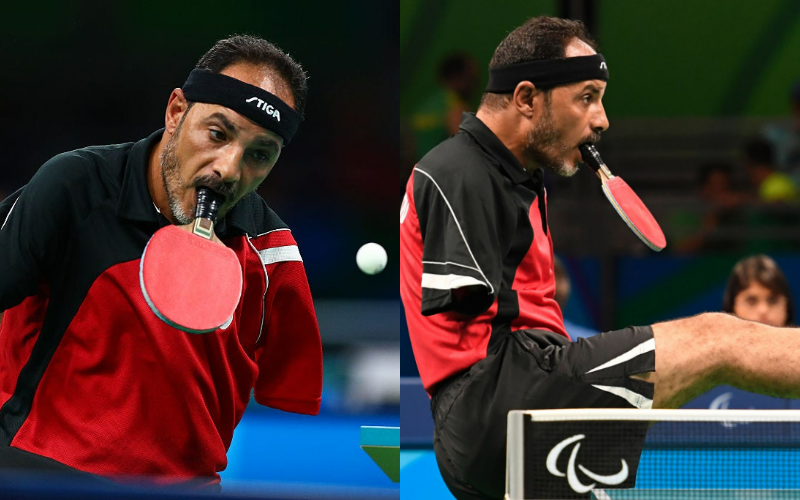 No hands, no problem for inspirational Paralympian who stunned fans with his skills in table tennis