Benzema recalled by France for Euro 2020 after six-year exile

Karim Benzema was named in France’s provisional Euro 2020 squad by Didier Deschamps on Tuesday, giving the Real Madrid striker a shock international recall after years in the wilderness over his alleged role in a blackmail plot.

The 33-year-old has not played for France since October 2015, but is now set to line up alongside World Cup winners Kylian Mbappe and Antoine Griezmann at the delayed European Championship.

“So proud of this return to the France team and of the trust placed in me,” Benzema said on Twitter.

“Thank you to my family, my friends, my club... and to all those who have always supported me and give me strength every day.”

Benzema, who has scored 27 goals for France in 81 appearances, was named as this season’s best French player playing abroad by the country’s players’ association earlier on Tuesday.

He has netted 29 times for Real Madrid this term, passing 20 league goals in all three seasons since Cristiano Ronaldo left the Santiago Bernabeu for Juventus in 2018.

“How was it done? We made contact, we fixed an appointment and we saw each other,” said Deschamps.

“I never said anything bad about him on a human level. From the start, there was a relationship of trust. We are not going to go back over what happened.”

France kick off their Euro 2020 campaign against three-time winners Germany in Munich on June 15, face Hungary in Budapest four days later and finish their Group F schedule against holders Portugal on June 23.

Les Bleus have impressed at major tournaments without Benzema, reaching the Euro 2016 final on home soil before losing to Portugal and lifting their second World Cup three years ago in Russia, defeating Croatia 4-2 in the final. -AFP

“The (final) decision was taken today, but in my head, it was a long time ago,” added Deschamps. “With my staff, there were a lot of discussions, they also had a feeling.”

Benzema has repeatedly hit out at the French Football Federation (FFF) and Deschamps for not selecting him.

He said racism was a possible factor in his exclusion from the Euro 2016 squad, while he criticised FFF president Noel Le Graet after missing out on the World Cup.

He said, in comments directed towards Le Graet, in November 2019: “If you think I’m done, let me play with one of the other countries I am eligible for and we’ll see.”

Le Graet insisted he was pleased to see Benzema return, saying: “If the return to the group of Karim Benzema may have surprised some, I am delighted.

“I think it is an excellent decision, given his talent and his remarkable performances in recent months.”

Benzema’s coach at Real Madrid, Zinedine Zidane, the star of the France team Deschamps captained to victory in the 1998 World Cup and Euro 2000, said in March that he was bewildered by the continued exile. 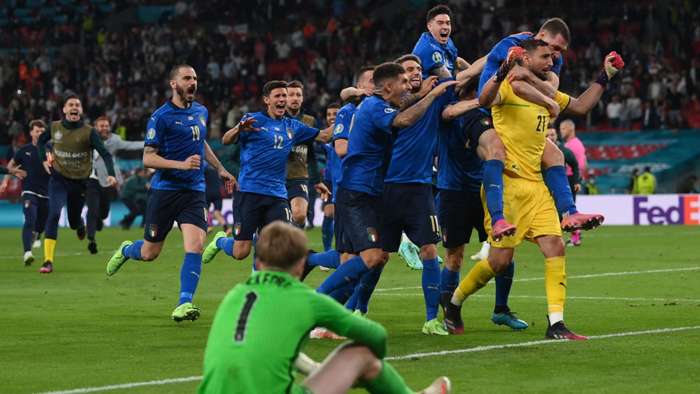