KPA coach Sammy Kiki attributed the win to overall balance on team play with particular emphasis on defence saying, “Our biggest help came from our defence plus our running point-guards made it difficult for Ulinzi to cope so that is something to celebrate.”

“We executed everything according to plan and I am happy with our performance. Being the 2021 Champions feels great and I thank the players for a solid display. We had a talk to assess and do a post-mortem of game 4 which we did not play well and I am happy our game plan went well,” Kiki said.

KPA beat perennial rivals and immediate former champions Ulinzi Warriors 80-61 in a nail-biting encounter to be crowned victors with the Most Valuable Player Award going to KPA’s shooting guard Ken Wachira. The hosts had a mission to frustrate and capitalise on any errors by KPA but the visiting side were disciplined in approach with Captain Victor Odendo formerly of Ulinzi leading from the front.

The defending champions had come from 2-1 down to force a decider in what was an evenly contested five games. KPA’s Job Byron, MVP-Ken Wachira and Tobias Odhiambo combined for 49 points with Byron scoring a game-high of 19 points with Wachira being all-rounded offensively and defensively.

“This is a glorious moment for us as a team and the management. We are absolutely happy with the title and I can bet you a lot more is going to come from us. Everyone played their role and that is what helped us because playing against a defensive team, we had to work on a plan that could open them up. 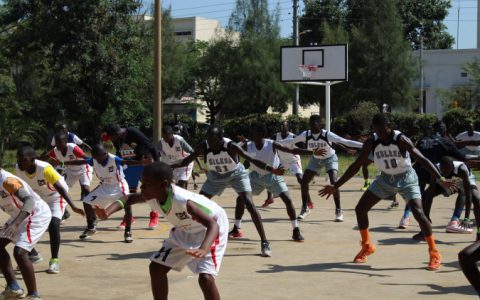