Harambee Starlets beat hosts Tanzania 2-0 in the final of the Council for East and Central Africa Football Associations (CECAFA) Women’s Championship to lift their maiden title in the competition in its fourth edition.

En route to the final, Starlets had maintained an unbeaten run in the group stage and in to the semi-final, where they beat Burundi 5-0, to book a date with the hosts and immediate former champions Tanzania in the final played on Monday.

“We thank God for this win. This was a tough match and it shows the great improvement East African teams are currently displaying particularly in women’s football.

From the start, we had agreed to go for maximum points in every match and worry about placings later.

The final was not different. The players used the huge fan base of the opponent to their advantage and they stayed in the game mentally to the last match.”

“Our fielding was largely based on the formation of our opponents. Shikangwa often come off the bench because we know her strength and after watching the match from the bench, she knew what to do while on the pitch,” said Starlets coach David Ouma.

His opposite number, Bakari Shime largely blamed officiating for the loss, claiming his side was denied two penalties while Kenya was awarded an easy one.

After a largely quiet first half, second half substitute, Gentrix Shikangwa broke the deadlock in the 70th minute from the spot after Tanzania’s Donisia Minja handled the ball in the box with a clearance gone wrong.

Kenya slowed their attack after the first goal but Tanzania were in a rush to find an equaliser before a counter attack produced Kenya’s second.

Shikangwa picked the ball in Tanzania’s half and raced to the left wing where she had the option to provide an assist to an unmarked Adam.

However, she went for goal and sent a powerful shot past the Tanzania goalkeeper for her 10th goal of the tournament.

In addition to their maiden title, the golden boot and glove went to Shikangwa and team-mate Annette Kundu who has kept a clean sheet in the entire tournament.

Shape up or ship out 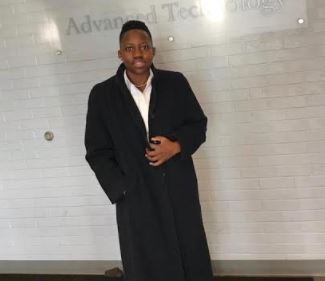 Ex-Harambee starlets target Phoebe Ndege opens up on her career, moving to the US