Starlets down Ghana to storm penultimate round of 2020 Tokyo Games

Wiyeta Girls and Vihiga Queens forward Jentrix Shikangwa converted from the spot to take national women’s football team Harambee Starlets to the fourth round of the Olympics qualifier after a 1-0 win on aggregate over Ghana’s Black Queens.

Shikangwa, a second-half substitute, stepped on the penalty spot after a Ghanaian defender handled the ball in the box in extra time. The match had ended in a barren draw in regulation time.

Kenya came into the match on the back of a barren draw away in Accra and needed an outright win to proceed to the penultimate round.

“The players had the mental strength to push for the win even when Ghana looked stronger and that goes to show that we have a real chance of going into the next round.

The players are pushing themselves to bridge the gap between them and the top-placed teams and the results are here for everyone to see,” said Starlets coach David Ouma.

Ouma had handed a starting berth to Kisumu All Starlets’ Mercy Airo for Cynthia Shilwatso and the youngster got her fair share of chances to take Starlets in front in the first half.

The first real chance came in the seventh minute through Janet Bundi after getting to the end of a Mwanahalima Adam’s cross but her efforts fell in the hands of the Black Queen’s goalkeeper.

Starlets’ attack came thick and fast but their finishing was wanting as Airo’s header in the 18th minute was too feeble to hand the hosts the opener. Three minutes later, she sent her shot straight to the keeper’s hands in a one-on-one situation.

The visitors turned the tables on Starlets after the half hour mark,  assuming possession and dictating the tempo of the game but could not penetrate Starlets backline which was led by skipper Dorcas Shikobe. The teams headed for the breather with the match and the round still in a stalemate.

Ouma made his first substitution before the start of second half, bringing in Shilwatso for Airo to inject some sense of urgency in the otherwise slow attacking line. His opposite number Mercy Quarcoo brought in Gladys Amfobea seven minutes into the second half.

Sheril Angachi made Kenya’s first attempt in the second half with three minutes played in the half when she got to the end of a poor clearance by the Ghanians on the left flank but was denied by Elizabeth Owusuaa.

It was a quiet second half as the two sides tried to break the deadlock, the two tacticians making changes with 70 minutes played.

Kenya’s final change saw Bundi pave way for Shikangwa who injected some new energy in the match. Ouma’s charges came close again with less than five minutes on the clock in regular time but missed, forcing the match into extra time. 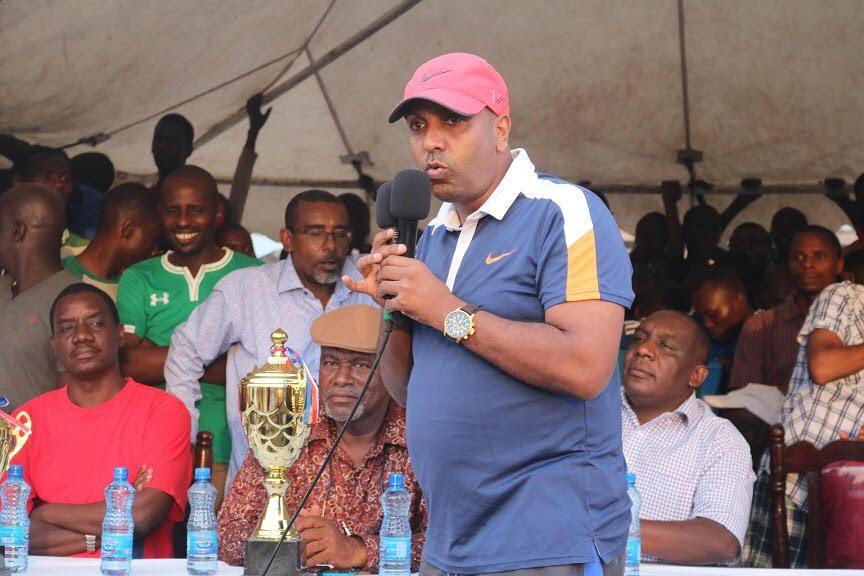 There is nothing like Fifa ban, carry your own cross: Twaha to Mwendwa