Great Rift Valley Golf Resort’s resident professional Justus Madoya blasted his way to the top of the Leader Board with an excellent round of six under par 65, as the 2021 Tusker Malt Uganda Open golf tournament got under way at the par 71 Entebbe Golf Club course on Wednesday.

Madoya who won the Entebbe Open at the same course in 2019, dropped two shots at the front nine where he also picked up birdies at the first and second holes and later at the fifth.

It was however at the back nine where the birdie-hungry Madoya picked up his first birdie at the 11th, holed a two at the par four-14th, then wound up the round with birdies at the 15th and 18th, to grab a two shots lead from Zimbaabwe’s Visitor Mapwanya who had led earlier with a fine score of four under par 67, landed at the top of the leaderboard late in the day.

“The greens are far much better than the last time I played here and I really enjoyed by putting today. I do hope I can maintain this pace until the end’’ said Madoya who has not been playing well since the season started.

On the other hand Mapwanya had set the ball rolling despite having droped a shot in each nine, as the field of 96 players begun the four day journey in hunt for cash prizes and points towards the Magical kenya Open 2022’’.

He picked up a bogey at the par four-fifth hole which he quickly recovered with a birdie at the 577-yard par five-seventh hole to level the front nine, “ I hit a good driver to the centre of the fairways, just 100m out, but made three putts.

All the same, I am very happy with this round, it helps build the confidence in need to at least win one of these events’’ said Mapwnya who hit his approach shot to the top of the green at the 16th, his down-hilly putt missed the target and missed the par.

He however he had made birdies on the 10th, 11th, 13th and 15th and finish the back nine with a birdie at the 18th for a low 32 and the day’s 67 which gave him a shot better than defending champion and compatriot Robson Chinhoi who shot three under par 68 to tie for the second place with Kenya’s Jacob Okello in the opening round of the 120 years edition of the Open.

Chinhoi said he was happy with his opening score which he said had given him the confidence he needed at the start of the tournament. The course except in some few areas, is playing well and I have a feeling in could easily  bring some good scores this year’’ said Chinhoi who dropped a shot at the fourth and the 13th, but made birdies at the seventh, 10th, 11th, 15th and 16th holes.

Okello on the other hand got off to well picking a birdie at the par five-first hole and soon after at the second before dropping shots at the fourth and eighth. He however made three birdies at the back nine’s 14th, 15th at the home green for the day’s 68.

A group of four others closed the day on two under par 69. They included senior pro Dismas Indiza, a winner of the Uganda many times before, who also started with a birdie but bogeyed the second, and ninth at the front nine where he however managed to level the nine after a birdie at the eighth.

He was doing well at the back nine until he made a double at the 17th, having earlier birdied the 10th, 11th, 14th and 18th. “I feel like I can shoot even lower than 69 here if I am able to stay on course and make my putts. The course is in its best condition and easy for one to make good scores if you stay on the fair way and hit the greens on regulation’’ said Indiza who was joined in 69 by Zambian Chanda Bwemya, Uganda’s Abraham Ainamani, Philip Kasozi and Golf Park’s Tony Omulli. 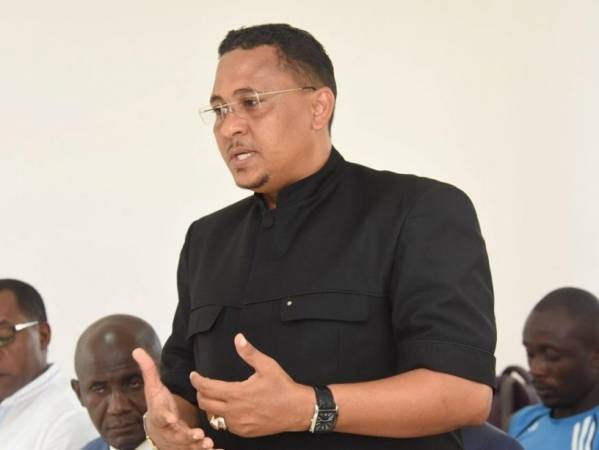