Kenya Breweries Limited aims to foster the next generation of talent and eSports through the Tusker Nexters competition. This campaign is part of a broader initiative to celebrate Tusker’s 100-year anniversary by identifying, giving a platform and rewarding the next era of sport – eSports.

“As KBL progress into the next century, Tusker Nexters is a platform we have come up with, with the purpose of identifying and giving a platform to the next generation of talent, as well as the next era of sport.

“E-sports, or electronic sports, is the next frontier of virtual sports. Through the Tusker Nexters countrywide talent search, we are bringing this out in a big way by allowing these talented individuals to come out and compete against each other. This way, the most gifted individuals get the chance to show Kenya what they can do.” KBL acting head of marketing for the beer segment, Jean Okech-Nyawara said.

In Kenya, the eSports landscape is nascent but holds a great deal of promise. With a population of more than 53 million people, an internet penetration of approximately 85.2 per cent as of December 2020, and vibrant gaming culture, there is room for significant growth in the Kenyan eSports market.

With the right funding, it could become one of Africa’s most profitable industries. Although there are still few opportunities to play professionally, some companies are beginning to take notice of the country’s homegrown talent.

Senior Brand Manager for Tusker, Catherine Twesigye, channelled the brand’s commitment to positioning itself at the cutting edge of Kenyan sports by giving a platform for burgeoning eSports talents across the country to thrive. This campaign is part of a broader initiative to celebrate Tusker’s 100-year anniversary by identifying and rewarding the next generation of musical talent, as well as giving a platform to the next era of sport - eSports, or electronic sports 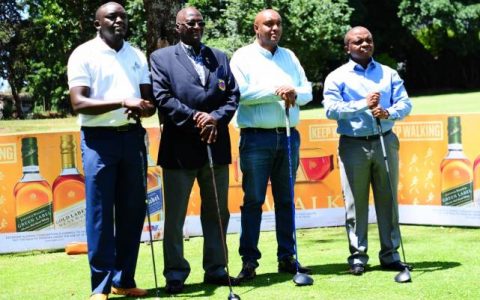