Kenyan football in a quandary Limbo

Football in Kenya is at a crossroads with an uncertain future after Cabinet Secretary of Sports Amina Mohamed failed to offer a solution on the way forward yesterday as she promised earlier in the week.

While receiving a report from the Football Kenya Federation (FKF) Caretaker Committee on Tuesday, on the eve of the expiry of their mandate, Amina said she would offer guidelines yesterday after consulting President Uhuru Kenyatta, but after failing to give the way forward, the football fraternity has now been left in a quandary, with no one available to fill the vacuum of running the most popular sport in the country.

With several leagues approaching climax, especially the top-tier, it is certain that this weekend there will be no action because there is no one to manage the leagues, no one to make appointments, and no one to arbitrate in case of issues that may arise.

Premier League giants Gor Mahia through their Secretary-General Sam Ocholla yesterday wrote a letter to Amina saying that the team will not travel to Kakamega to face Talanta because of the uncertainties as there was no one to confirm the fixture.

Sofapaka coach David Ouma who has prepared his team to face Bidco said: “ All this uncertainty is seriously affecting our plans and preparations. No one can confirm if a fixture is there or not, we also don’t know about referee appointments.”

So far some lower leagues have aborted, referees are threatening to down their tools for lack of remuneration, the sport has lost all six corporate sponsors it had attracted six months ago, and Harambee Starlets will miss the regional Cecafa tournament after they failed to feature in the tournament draw done in Uganda on Wednesday and they are already out of Awcon competition set for Morocco.

National football team Harambee Stars are also out of the Africa Nations Championships (CHAN) set for January and if the country doesn’t have the Fifa ban lifted by May 21 and a confirmation done to Confederation of African Football (CAF) about the ability to honour the opening Group C qualifying fixture against Cameroon in Yaounde on June 4, then Stars who are in the group with Namibia and Burundi, will be knocked out of the campaign and that would mean no continental football for the country until 2025 even if the current suspension is to be lifted.

The 2023 Afcon competition is set to be held in Ivory Coast. Fifa president Gianni Infantino in February told Kenya that ‘they knew what to do’ in order to have the sanctions lifted. “The FIFA council suspended Kenya on February 24th with immediate effect due to third party interference in particular the take over of football by a Caretaker Committee appointed by the government which is a serious violation of the FIFA statutes.

“It is therefore recommended that the Congress confirms the suspension of the Football Kenya Federation enabling the council to lift the suspension immediately and as soon as the pertinent requirements have been fulfilled,” said Infantino. 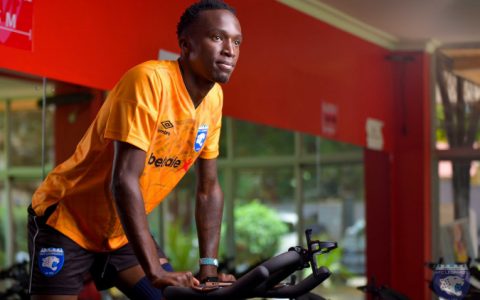 Will this be Homeboyz’s season?