The troubled Kenyan football can rest easy, at least for now, after Confederation of African Football (CAF) appointed referees to officiate the continental matches involving Kenyan emissaries Tusker and Gor Mahia this weekend.

Initially, there were fears that CAF would not acknowledge the two teams’ participation in their respective CAF Cup assignments under the football caretaker committee formed by the government.

Sports Cabinet Secretary Amina Mohamed dissolved Football Kenya Federation (FKF) on November 18 over alleged financial embezzlement in a case which saw the body’s President Nick Mwendwa dragged to court by the state to answer to the charges.

Apparently, CAF, which is seeking to know the authenticity of the dissolution of FKF, doesn’t want to be dragged into the turf wars in Kenyan football and would rather have Tusker and Gor honour their fixtures while waiting for the government to comply with the request to reinstall the federation.


CAF had earlier indicated that in case the government fails to soften its stance, it will be Kenyan football that will suffer the consequences which, fundamentally, means banning the country from all football activities for an unspecified period.

While Tusker are scheduled to meet Tunisian giants CS Sfaxien in the first leg on Sunday at Nyayo National Stadium from 4pm, Gor will be up against Congo Brazzaville side AS Otoho D’Oyo at Alphonse Masamba Stadium in Brazzaville the same day from 5.

Tusker was Kenya’s envoy in the CAF Champions League and after being eliminated by Egyptian aristocrats Zamalek, they were demoted to the less prestigious CAF Confederation Cup where they are in the same league with Gor, the winners of the Betway Cup.

In CS Sfaxien, this is the toughest challenge Tusker could have asked for and above all, they will be angling to end the hoodoo of slumping to North African opposition after losing 4-1 on aggregate to Al Ahly of Egypt in the first round of the Champions League in 2013.

The Brewers’ cause is not helped either by their indifferent performance in the national premier league.

To this end, it could be safe to allude that the result against Sfaxien, who are leading the Tunisian League with 13 points from seven matches, is bound to provide a notable insight as to whether Tusker shall retain the Kenyan top tier league title or not.

Meanwhile, Gor will be facing an unknown quantity in AS Otoho and unlike Tusker who lost to Zamalek in their last continental fixture, K’ogalo will be heading into the match with the inspiration of having eliminated Al Ahly Merowe of Sudan to advance to the first round.

Gor coach Mark Harrison can take pride in that he has quality players capable of doing a good job in Brazzaville to make the return match in Nairobi a matter of routine.

Harambee Stars returnee Samuel Onyango, Jules Ulimwengu, Benson Omala and Philemon Otieno will be some of the players Gor will be leaning on for a positive result in foreign land. 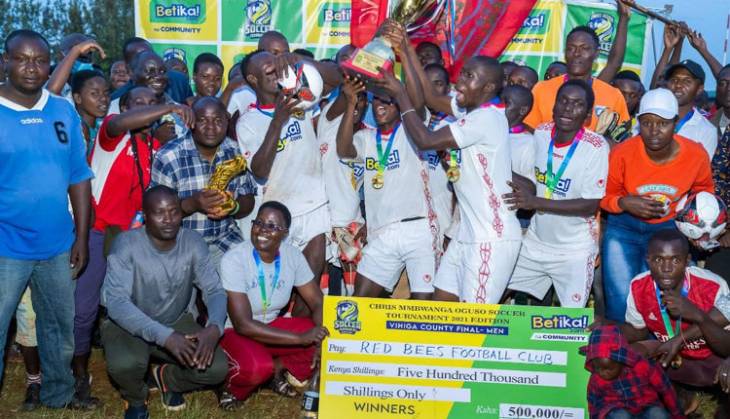 Kasarani, Nyayo banned by CAF for not meeting international standards