Posta Rangers’ countenance in the Betking Premier League will be put under severe test when they face Sofapaka in a tricky encounter at Dawson Mwanyumba Stadium in Wundanyi on Saturday.

It will be particularly interesting to observe what is up the sleeves of the mailmen who will be without Head Coach Stanely Okumbi who is away with the national under-23 team Emerging Stars in Ethiopia for the Cecafa Senior Challenge Cup which kicks off on Saturday as well.

Before Okumbi left with his brigade for the regional event in the Horn of Africa nation, he made a clarion call for Rangers, who are placed in the 13th position in the log, to strive to give their best under deputy coach Collins Omondi.

‘I will be away and I urge the team to work hard and win matches. I have a capable understudy and I’m optimistic that he will don a fantastic job,’’ said Okumbi.

Rangers will be going into the match a bruised side having lost 3-0 to Kariobangi Sharks in their latest fixture but with players like Francis Nambute, Dennis Oalo and Simon Mbugua around, the team should get something from the fixture which is one of the six lined up this weekend.

In the meantime, fifth placed Kariobangi Sharks will be angling to keep pressure on the top four-including Gor Mahia, AFC Leopards, KCB and Tusker-when they come face to face with Vihiga United in the second match of the double-header in Thika.

Sharks have lately been blowing hot and cold since the season began but pundits expect them to inflict damage on Vihiga which is one of the teams staring at relegation.

Sharks will miss goalkeeper Brian Bwire who is doing duty for Emerging Stars in Ethiopia but the team boasts of an equally safer pair of hands in Brandon Obiero.

For goals, Sharks are expected to keep faith on Partillah Omotto and the overlapping national team trialist Daniel Sakari.

Elsewhere at ASK Showground in Nakuru, Kakamega Homeboyz, jolly after beating Mathare United 4-2 last week, have their work cut out when they engage Nzoia Sugar in an ‘’Ingo’’ Derby.

On paper, Homeboyz start favourites and should be buoyed by players like veteran Allan Wanga, Chris Masinza, Godfrey Oputi and Moses Mudavadi.

Back to Thika in the first match of the double header, KCB will continue the push for their maiden title with a ticklish assignment against money-bags Wazito.

Wazito are lying in the ninth position in the standings with 34 points and a win will enable them to dislodge Kakamega Homeboyz from the eighth position assuming the latter loses to Nzoia.

Conversion of Stadium to an open-air venders market, a blow to sports

Kenya can beat Group E opponents, qualify for final round of WC: Coach 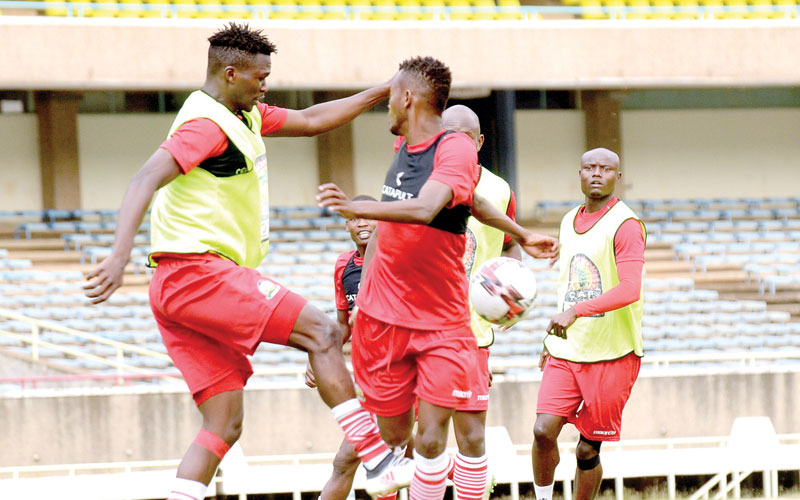