Kagame congratulated Arsenal for their win and wished them luck in the upcoming EPL games this season.

“Credit to where it is due, congrats Arsenal, manager, players and greatly, fans. Everything came very much alive today. All the best every game,” Kagame said.

Kagame often comments on the Gunners - a club sponsored by his government.

Arsenal secured bragging rights in the north London derby on Sunday afternoon after beating Tottenham Hotspur 3-1 at the Emirates Stadium.

First-half goals from Emile Smith Rowe, Pierre-Emerick Aubameyang and Bukayo Saka saw the Gunners go into the half-time break with a 3-0 lead.

Kagame has previously vented his frustration at the club's shock defeat by newly promoted club on the opening day of the English Premier League season.

Brentford, after a 74-year absence from top-tier football, beat Arsenal 2-0.

Soon after Brentford’s win, he tweeted: "We just must NOT excuse or accept mediocrity. A team has to be built with purpose to win," Kagame said.

In two further rapid-fire tweets, he demanded "a plan that really works" and lamented that "fans don't deserve to kind of get used to this,” he said.

Since 2018, the Rwandan government has had a controversial sponsorship deal worth more than £30m ($42m), which involves a "Visit Rwanda" logo displayed on Arsenal shirt sleeves.

Critics have said it is an example of the authoritarian leader of a poor, African country subsidising a wealthy football club.

However, the Rwandan government says the sponsorship more than pays for itself over in tourism revenue. 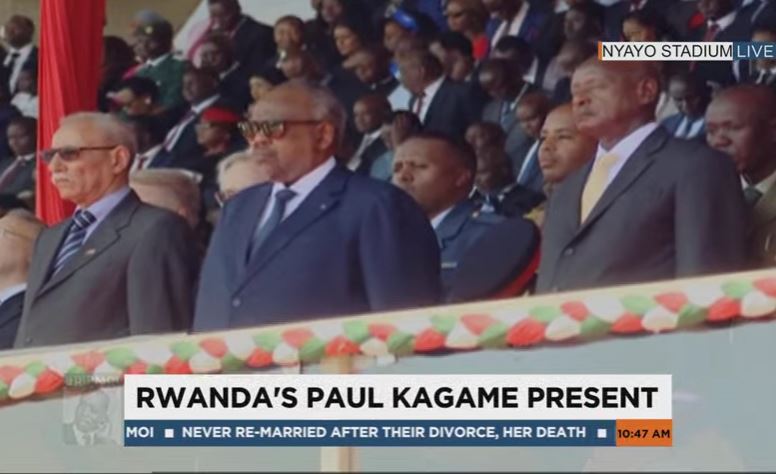