The soft spoken utility player has had sleepless nights since he missed his team’s first penalty against arch rivals Gor Mahia in the final of the Betway Cup at the Nyayo Stadium on Sunday.

He had picked his spot and aimed at the centre of the goal, but a swift Gor custodian Gad Mathew who had dived the wrong way, used his legs to block the ball from going into the net.

Mathew went ahead to save two more penalties as Gor who had played second fiddle during most of the match, eventually won 4-1 to win the bragging rights, pocket the Sh 2 million prize money and secure the sole ticket to represent the country at next season’s CAF Confederation Cup.

“I’ve been having sleepless night since missing the spot kick on Sunday because I feel like I let my team and fans down.

As a leader who was given the responsibility to take the first penalty, I surely should have scored to give my team mates morale, just like I did when we knocked out Equity FC in the Cup semi-finals,” said Kipyegon

He added: “Players don’t like penalties, because they can always go either way and everyone was afraid to take the first spot kick. All in all I want to apologies to our fans about the miss.”

AFC Leopards and Gor Mahia have played 29 matches in recent statistics but overall the Sunday meeting was the 89th Mashemeji Derby.

The former Zoo Kericho player who arrived at the ‘Den’ in 2018, is now urging all supporters of the Club to put the loss behind and now focus on the League.

Speaking to People Sport yesterday, Kipyegon expressed confidence that Ingwe could bounce back from the disappointment and even win the local league title, which they last won in 1998.

Kipyegon’s journey has been nothing short of a phenomenon for someone who started professional football during the 2015 season with Zoo FC in the National Super League.

He was scouted while in College to join Zoo and helped them earn promotion in the 2017 season with players largely from the locality.

“I have been privileged enough to have played football and it has taken me to levels I could never imagine.

I started off in school but it picked up bigger in College while at Keroka Teachers Training Institute in Kisii County.

For me playing was natural however leadership was a new normal especially in a club like AFC Leopards,” quipped Kipyegon who studied Human Resource Management at Keroka Technical Institute as he played for the Kericho based Zoo FC. 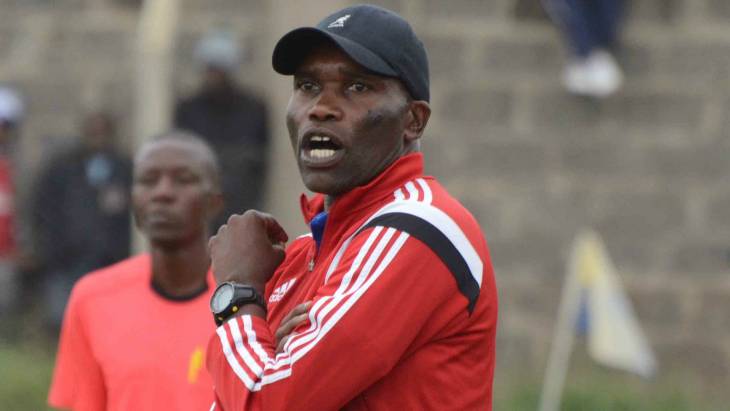 I have no regrets leaving Ingwe: Tusker FC’s Kipyegon reacts