The seventh-round duel which will kick off at 7 pm should keep fans on the edge of their seats.

Both sides emerged winners over the Ngong’ road duo of Homeboyz and Kenya Harlequins respectively last weekend with rugby lovers overly eager to see who will beat the other in the match that will curtain raise the meeting between KCB and MMUST at 3 pm.

“I’m very proud of how my boys were able to balance defence duties and execution perfectly so much so that we only conceded two penalties while taking a bonus at halftime. This is the kind of rugby I want moving forward,” Oilers head coach Gibson Weru told Wikendi Sports.

Strathmore and Oilers finished third and fourth respectively in the 2021 season after the former received a walkover from Oilers who were then disinterested in bronze but today’s clash is a sure promise of the September 4th postponed rivalry in a new season.

The Nakuru based side is targeting a win to boost chances for a podium finish. Shortly after, it will be an acid test for MMUST who after losing 36-14 to last season runners up in Kakamega, the varsity side will take on the defending champions in a match the Bankers head coach Curtis Olago will hustle their sixth win with eight changes on board.

KCB will however be cautious against the Lurambi boys who are good in territorial play gave them a platform to put two tries and two conversions past unbeaten Kabras in the previous round.

Two more matches will be played at Kenyatta University and at Jamhuri showground. In the absence of Nondies, Quins and Impala, the show will be left to At Jamhuri, Homeboyz and Mwamba along Ngong’ Road.

Away from the capital, Ngong road duo of Kenya Harlequins and Impala Saracens will be hunting points on away grounds. Quins will play Kabras in Kakamega whilst Nakuru will hope to crack Impala for the first win at the Nakuru Athletic Club. 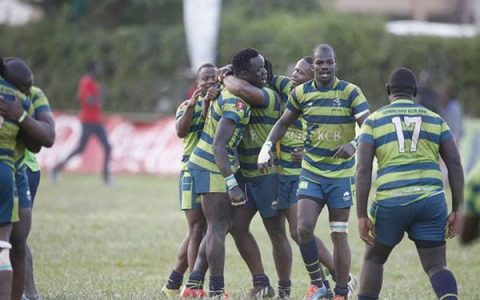