The 52-year-old businessman, whose father Nelson Alila Onyango served as a KFF administrator, says his emphasis will be streamlining grassroots football by incorporating counties to support the leagues.

He also hopes to establish a proper and sustainable youth structure, introducing a footballers' welfare scheme, and securing sponsorship for all leagues if elected.

Among his short term goals are ensuring the extension of KPL mandate to run the top tier league, securing sponsorship for football leagues. and professionalizing women football. If elected, Alila also says he will enhance the capacity for referees and coaches in order to raise the standard of professionalism in the game.

He called upon the current regime to convene a stakeholder's meeting to ensure all parties agree upon modalities towards the election and all sub-branch clubs be given a say to decide on their football leaders, unlike its present status where only 72 delegates elect the national office bearers.

The former NEC member from Homabay ,has also emphasized the safety of players as the sports resumption committee began receiving views and opinions on the best way to get back to sports, post the Covid-19 pandemic.

Alila said its high time all sports federations give full support to the sports dispute tribunal to arbitrate sports matters instead of undermining it by filing sports disputes at the court of law,citing case in point the tussle between SDT and the current football regime.

He served as NEC member for one term in Nyanza from 2013 under Sam Nyamweya but feels he is the right man to bring sanity and prosperity in managing the game.

The FKF presidency which has s attracted many candidates will see Alila battle it out against Hebert Mwachiro, Sammy Sholei, Nicholas Musonye, Steven Mburu, Moses Akaranga, Alex Ole Magwelo, Harun Shivachi ,Cosmus Nabongolo and Sam Nyamweya who will battle it out with the incumbent Nick Mwendwa.

However, FKF is yet to set clear guidelines pertaining the elections as well as the date for the exercise.

FIFA team in Nairobi for talks after FKF elections impasse 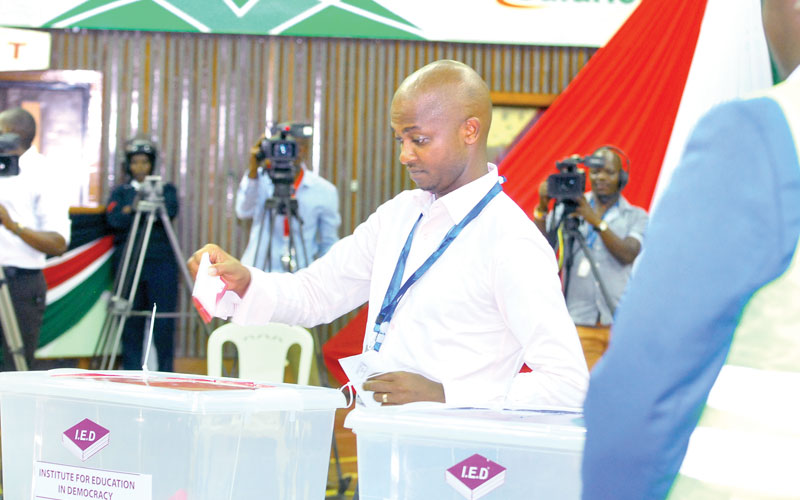 AK urges athletes to be careful after Kipruto contacts Coronavirus