While mental health is an issue that has been bothering psychologists and the medical world in general for a few years now, 2020 has brought in a new urgency due to the vagaries wrought by the coronavirus pandemic.

In the US, for instance, the number of permanent job losers increased by 345,000 to 3.8 million in September 2020, an increase of 2.5 million people since February.

In June, the African Union said “nearly 20 million jobs in the formal and informal sectors, are threatened with destruction”.

The European Parliament says “Covid-19 could lead to the emergence of a “lockdown generation”, as the crisis hits young people’s job prospects.

In Asia, the International Labor Organisation (ILO) and the Asian Development Bank warned in August that employment prospects for 663 million youth were dim, with between 10-15 million jobs threatened by the pandemic.

ILO notes that “work arrangements and conditions have changed considerably due to the Covid-19 pandemic, bringing new psychosocial challenges for the health and well-being of workers.”

The psycho-social crisis caused by Covid-19 is an issue usually highlighted annually on October 10 during the UN World Mental Health Day.

This year’s theme is “Mental health care for all: let’s make it a reality”.

According to a Lancet Commission report published in November 2018, an estimated 12 billion working days are lost due to mental illness every year globally.

Further, the report says that mental Illness will cost the world $16 trillion by 2030.

The simmering economic recession has created anxiety about the future for those who are directly and indirectly affected.

The youth are definitely frustrated after passing through many years of school, only to hit what they see as a dead end.

Moreover, families are falling apart as breadwinners become increasingly unable to provide for their dependants.

Some measures instituted by governments like lockdowns, social distancing and working from home have disoriented many people notwithstanding their creed, race, gender, academic level, social or economic class.

The closing of social spaces has aggravated the sense of loneliness as people lack places to vent their pent-up emotions.

Frontline workers in various sectors have also been seriously affected as a result of constantly managing trauma, particularly when the pandemic was at its peak mid this year.

Many doctors and nurses have experienced mental torment every day as they struggle to save lives.

They are also fearful for their own health due to the risk of contracting the virus.

The pandemic itself is a bid source of fear for adults who fear either losing their lives or those of their dependants.

The closure of houses of worship for months has also affected millions of the faithful, who usually seek out these places of refuge for spiritual nourishment.

The zenith of the mental health crisis is the spiralling of social ills including depression, suicide, suicidal tendencies, domestic violence, rape and divorce.

WHO says coronavirus has had a negative impact on brain health through various neurological manifestations and the exacerbation of underlying or pre-existing psychological conditions.

In order to address this malady before it explodes, health authorities are trying out innovative psychosocial interventions like the use of emergency telephone lines for mental health sufferers, establishing mental health clinics and sending out counsellors to vulnerable individuals and communities.

The challenge will be sustaining whatever solutions are implemented in a world that is set to be more problematic.

In addition, the adage of being ‘my brother’s keeper’ needs to be practiced more often.

Due to widespread social isolation, individuals must seek out one another for comfort and assistance where needed.

Such simple gestures can be reassuring to many right now living on the edge, before they engage in self-harm. — The writer is an international affairs columnist

How young is too young for make-up

Dying in pursuit of decent livelihood… 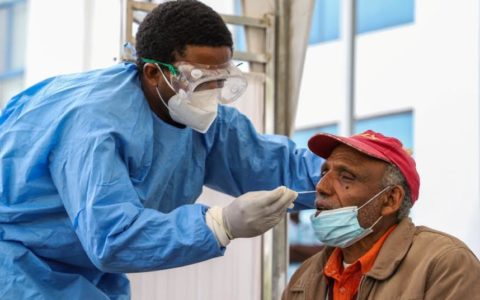