At exactly 11.40am on October 6 last year, Riziki Nyariri Ekumbo stepped out of the elevator at a high-end hospital with bright eyes.

The hospital at the Lavington area in Nairobi is an exclusive facility for mental health patients. Her facemask was on, but when she removed it off to acknowledge greetings, her smile was even brighter and broader, and could not reveal any troubled past.

She wore a bright pink and white striped blouse. Close to her chest, she clutched a notebook put neatly together with a small envelope, a glass case and a cup of coffee on the other hand.

As the interview kicked off, she pointed out a possibility there could be so many people out there who are not aware of their mental health status.

On her part, Riziki is overcoming acute depression that saw her lose hope of completing an undergraduate degree she was pursuing, just a unit away.

Currently she is under treatment of suspected Attention Deficit Hyperactivity Disorder (ADHD), a mental health disorder that can cause above-normal levels of hyperactive and impulsive behaviours.

They are also assessing her for Obsessive Compulsive Disorder (OCD).

“I realised I am obsessed with stuff such as cleanliness; neatness and arrangements, which my doctor described as a condition sometimes known as OCD, a mental disorder in which a person feels the need to perform certain routines repeatedly.

"I think I have been suffering from depression from childhood, but I did not know what it was because the symptoms I manifested were low self-esteem, social anxiety and basically feelings of hopelessness and despair,” she said.

This condition, Riziki noted, could have manifested itself way back in 1996 when her mother separated from the father who threw them out of the house together with her elder sister. She was only five years old, she recalled.

“Prior to that, there was a lot of tension and animosity in the house, and after that, we suffered a lot. We basically moved from the suburbs to the outskirts of Nairobi,” she said.

For any person, this was a total shift on the social and economic status.

“When we were staying with dad, we were financially stable, but when they separated, it left us struggling because our mum had huge loans to clear. The first day, we slept in the car, and then from there on, we put up in one relative’s house to another,” she added.

From there on she grew up with a lot of resentment.

“I grew up with that, and it advanced to depression. I used to wonder what was happening in the family. I could see my mum go through depression as well. As I grew up, breaking early into teenage life, I found myself in an intimate relationship with a man, twice my age,” Riziki said.

She vividly remembers how the man – who she estimates to have been on his mid 30s – lured her into sex with just a soda and a promise to reward her with Sh300 of airtime. She was only 12 years old.

“I went to bed with the man and lost virginity, but I suspect he drugged me because I woke up to find myself alone and with pain in my vagina. I started blaming myself and kept it as a secret.

I felt dirty as a person. Later when my mum and sister knew about it, instead of coming to my help, they yelled at me,” she recollected.

At this point Riziki was withdrawn and grew distant from her mother and sister. She felt so lonely, and even toyed with the idea of suicide.

Fast forward to around 2014, Riziki, a mass communication student with one year left to complete schoool, got into bad company, became an alcoholic and jumped into one relationship after the other.

In 2017, while working in an events management firm for three years, she became pregnant and lost her job. This added to her misery.

“Depression was like a wound expanding in me. I couldn’t sort out my challenges as small as they appeared. So many wrong things happened to me. I could go to bed with a man after a night of drinking, and the following day, feel so bad. I fell in love with a man who had promised to wed me, but it also failed in 2015,” she narrated.

She even started being violent, and did not know how to deal with it. When she got her baby in 2017, she became keener on cleanliness, and it could disturb her to see a spot of dirt in the house.

Mental health experts also describe people who suffer from ADHD as having trouble focusing attention on a single task or sitting still for long periods of time.

Divina James Kabalo, a psychosocial expert, said such people require psychosocial support, which contributes in prevention of mental health challenges and provides healing and support to those living with the illness.

“Mental health, just like physical health, is important at every stage of life, from childhood and adolescence through adulthood and old age. Psychosocial and mental health well-being motivates development of life skills, which enables individuals, families, or communities to understand and engage with their environment, and make healthy choices, which leads to hope for the future,” she noted.

Kabalo said that people who are mentally healthy impact the society and their relationships positively. She said it is important that mental health issues are taken seriously as they are important not only for individuals, families and communities, but also for the society at large.

“People are suffering with mental health in our communities and are not aware they can be helped. On the other hand, lack of awareness, adequate personnel in mental health, finance and infrastructures, stigma and discrimination make it difficult to access the services,” she said.

She added it is high time governments invested on mental health at all levels; from families and community to the national levels.

“Mainstreaming psychosocial support into mental health at those levels will have a great contribution to prevention, healing and continuous support to the affected. Investing in mental health has higher returns as a healthy nation, productivity, stable economy and social connections,” she noted.

But to demonstrate that she is overcoming the chalenges because of her condition, Riziki, now in her late 20s, sat through the one-hour interview, calmly and didn’t show any sign of boredom.

“As a person steadily overcoming my condition, I want to advise anybody who cares to listen that mental health disorder does not announce itself, but can manifest in any abnormal conditions such as what I have shared,” said Riziki, a born again Christian who draws a lot of inspiration from evangelist TD Jakes’ teachings.

She attributes her recovery to the psycho-social support and therapy she received from Dr Catherine Syengo, a psychiatrist at the Ministry of Health.

“She has taken me through every step in my recovery since I started therapy last year,” she added. Dr Syengo advises that early detection and early treatment gives best results. She reckons that building resilience, life skills, social skills and decision making skills provided early in life can go a long way in preventing some mental health conditions.

“Some signs to check include changes in how one feels for instance sadness, hopelessness and delusions and how we behave, such as when someone who was outgoing becomes withdrawn,” she said.

She said to tackle the problem of mental health in Kenya relevant bodies should replicate the National Task Force on Mental Health’s report recommendations on what is needed.

Kenya inaugurated the mental health task force in December 2019, whose key findings showed Kenya has a high burden of mental illness due to ill health, psychosocial disability and premature mortality with huge gaps in access to care. 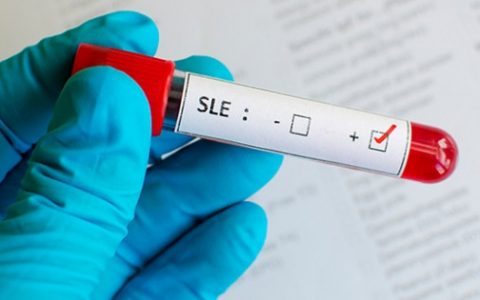 We found a new normal after our lupus diagnosis