Her husband works in Nairobi and comes home every three months to see her and the children. Naijala has six children Rakonin being the fifth, and the youngest is three years old. Naijala says she noticed there was a problem with Rakonin and Naomi’s eyes several weeks before this interview.

“They would wake up in the morning with red eyes and there would be discharge around them,” she begins.

She discloses that the condition continued to worsen, and this started affecting the other children too. “They would wake up in the morning crying, complaining of pain and itchiness of the eyes,” says Naijala.

However, Naijala never thought that this was a big problem to warrant any worry, as she thought it would pass with time. “I didn’t see it as a big problem, so I didn’t take them to the hospital, but I used to clean their eyes with warm water when they woke up and before they went to bed. Sometimes I’d put a little salt in the water,” she recounts.

However, she was to discover later that what was ailing her child and grandchild was a serious condition when Sightsavers, an international charity organisation working to prevent avoidable blindness, support equality for people with disabilities and advocate for change visited their area to conduct a free eye clinic.

Accompanied by Community Health Volunteers (CHVs), the organisation screened the children and they were diagnosed with trachoma, a disease of the eye caused by the bacterium Chlamydia trachomatis.

“Any treatment that would make my children feel better was a welcome intervention. I was very happy that someone had pointed out what was wrong with them,” Naijala says.

He was also shocked to learn that she could also get infected by the disease from her daughters because it is contagious.

Just a stone-throw away from Naijala’s home, lives a10-year-old Payaiton Sirinketi, also a trachoma victim who has lived with her grandmother Naitesoi Mbogo for the last five years. A few months ago, her mother passed away, and they’ve since been joined by Payaiton’s six-month-old sister as well. Paiyaton’s father who became disabled after a tragic road accident lives in another village.

Payaiton’s grandmother narrates how seasons come when children get eye infections and so she wasn’t alarmed by her granddaughter’s eye problem. “It’s not a big deal for me, because there’s usually a season where we have a lot of milk, and this attracts many flies within the homestead. And it’s during this time that we notice that children suffer from eye problems. Their eyes become red, and they can’t stop scratching them,” she says.

Just like  Naijala, Naintesoi had never taken her grandchild to the hospital but washed her eyes with clean and warm water every day.

Naitesoi informs us that the other children within the homestead have also suffered from the same eye problem. She says that when their mothers take them to the hospital, they are given an ointment to apply to the children’s eyes, but for her, she had not seen the need to do so. Nonetheless, she reveals that she values the importance of sight. She recounts how her mother had a disease that made her blind but was fortunate to undergo surgery that corrected the problem and now, albeit being old, she can still see.

Sightsavers Kenya Country Director Dr Moses Chege sites that trachoma was prevalent in 12 counties across the country, including Turkana, West Pokot, Baringo, Samburu, Narok, Kajiado, Meru, Marsabit, Isiolo Laikipia, Embu and Kitui counties when they started the campaign to eliminate the disease in the country.

“However, over the years, the trachoma burden has substantially reduced with only a few sub-counties continuing efforts to eliminate the disease. Garissa county is suspected to have trachoma and plans are underway to do mapping there,” he says.

In 2014, Kenya had an estimated 42,000 people requiring trachoma surgery. Thanks to the interventions over the years, the estimated number of cases remaining currently stands at less than 1,500. Kenya has 51 trachoma implementation units in the 12 endemic counties. Kenya is on track to eliminate trachoma as a public health problem in all 12 counties by 2025.

As an organisation, their day-to-day work includes providing surgical equipment, medicine, training surgeons and community volunteers to assist with screening to identify people with trachoma and organise outreaches.

Chege says that if left untreated, patients later develop trachoma trichiasis (a sight-threatening of conjunctival scarring in trachoma). Women are nearly two times more exposed to this condition than men.

“The disease is caused by a bacterium called Chlamydia trachomatis. The common fly is thought to contribute to its transmission by feeding on discharge in the eyes and nose and moving the bacteria from one person to another,” Dr Chege says.

“The infection spreads easily among children and from children to their mothers through contact with discharge from an infected eye by clothing, handkerchiefs, beddings, or towels (fomites), hands (fingers) or the flies. This is often complicated by family overcrowding. You might have seen some children in arid areas with numerous flies around the mouth, nose, and eyes,” he adds.

Naitesoi is grateful for the intervention done by organisations, such as Sightsavers as she reminisces on how things were different when she was growing up. “There were no doctors or hospitals to go to and so people would use cow urine to wash their eyes. But we cannot do that today, because that’s not the correct way to treat any disease. We are fortunate that we now have a local dispensary where people can get treated when they get sick,” she points out.

Parents, such as Mesikana Kayoik, the mother of four-year-old Lanoi Kayoik who is also a patient of Trachoma say that she was shocked to learn about the effects of trachoma if left untreated.

“I have seen other children with the same problem, not just in this homestead, but in other homes as well. Traditionally we believe that a household with a lot of cattle and milk must also have a lot of flies. So, I never took it as a big problem.

“I am now aware that one may think it to be a small eye problem, but if you neglect it, it can lead to blindness. I now know better, and I will advise other parents around whose children have similar conditions that they need to make sure they clean their children’s eyes, and they get the right medication,” she advises.

Chege says that at the early infection stage, symptoms of trachoma may not be evident. However, after periods of repeated infection, other signs might start appearing, such as follicles on the inside of the eyelid, redness of the eye, pain, discharge, irritation, light intolerance and blurred vision. “Blindness from trachoma is irreversible. However, progression to blindness can be prevented with early action through treatment with antibiotics to clear the infection. Treatment through surgery can only be successful depending on the stage of the infection. But once the cornea is damaged, only pain due to rubbing by eyelashes is reduced, but sight cannot be regained,” he explains.

Joel Ololepo Nchasi, a catechist at the local Catholic church in Iloirero, Kajiado South area is one of the CHVs in the area who are helping address the rising trachoma infections in the Kajiado South Sub-County. He says his calling is to serve and to help people, thus the reason he became a catechist. In 2009, he took part in a medical workshop where he was trained by doctors from Loitokitok Sub-County Hospital on how to become a CHW.

“As a leader in the church I get to interact a lot with people in my neighbourhood and I thought it would be good for me to learn more about the human body and health. When I teach the congregation about the word of God, I also teach them about taking care of their health. Because spiritual health and physical health are equally important,” he offers.

Two of the main challenges that Joel and other CHVs in the area continue to face include people refusing to get surgery and others accusing them of having been paid to lie to the community that their people are suffering from trachoma in the area.

“Most people in my community are uneducated and because of this, it’s hard for them to understand what trachoma is and how it can affect them. There are times you will visit someone’s house, and they will tell you off, and then there are others who will accuse you of lying to them about the disease. But I don’t get annoyed by their comments or actions, I continue doing my work and visiting them in their homes because I understand how this disease can severely affect them, their families, and our community if it’s left untreated,” he shares

Joel says that the environment the Maa people in this area live in has significantly affected the efforts they have put to eliminate the disease in the area.

“There are flies everywhere, both inside and outside the homestead. You will find a child eating and yet they have flies around their eyes, their mouth, and all over their hands. Also, the majority of the people here cook using firewood and they do that inside the house. As a result, the house fills up with smoke which is harmful when you inhale it and it also irritates the eyes.”

Despite the effort to help kick trachoma out of Kenya, Dr Chege says that one of the major challenges is the lack of access to water and sanitation infrastructure that is critical for good hygiene.

“Even after we eliminate the disease as a public health problem, it will be vital for counties to keep up investment in water and sanitation and to keep community education programmes going.  We need to eliminate the scourge of trachoma and make sure that it is eradicated for good,” he says in conclusion. 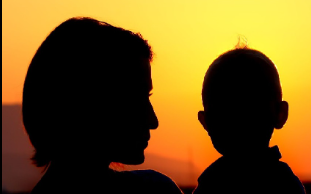 I stand before you fully aware of the implications, symbolism of this moment