On a cold, rainy afternoon at Kibathi Village in Nyandarua county, Timothy Kimani is making rounds in one of the two greenhouses at his farm.

Two women are busy planting seeds onto propagation trays. As we approach, they are placing various seeds including chilli, broccoli and black nightshade.

We are at Sanjo Seed Raisers Farm, which Kimani, 29, started in 2018, after having been employed by a multinational agro-dealer for two years. “While working for that firm, I saw farmers struggle to get quality seedlings,” he recalls.

The growers, he said, would propagate their seeds directly in the soil. This causes a lot of damage, as the plantlets are prone to destruction by pests and soil diseases.

Besides, plantlets planted directly on the soil succumb after transplantation due to challenges in adopting to a new environment.

However, those pre-planted in propagation trays are re-planted with a small content of the propagation medium, so slowly, but surely they adapt to the new environment.

Additionally, seedlings propagated in trays and grown under safe conditions do not get roots interference while being transplanted.

The process of planting seedlings in trays starts with a special medium, mostly known as coco peat while not treated, or peat moss, which is sold as already treated.

During our visit, Kimani was using the coco peat medium. This type needs to be thoroughly cleaned and dried before use.

The medium is then put in small homes on propagation trays. Tiny seeds are then put in the holes and covered with the same media.

The propagation trays are then exposed to a temperature of between 35 to 50 degrees centigrade and a humidity level of 70.

To achieve this, Kimani has modified a small room, in which he lights a charcoal jiko, to achieve the needed heat.

“The same can be done using machines, but I currently cannot afford the imported equipment needed,” says Kimani. His dream is to mechanise the farm, including planting the seeds.

Most seedlings are exposed to these conditions for three days, before being transported to a greenhouse. Here, they are watered daily and are ready for sale after four weeks.

However, capsicum vegetable seedlings specifically takes longer as it stays under the heated and humid conditions for six to seven days and is only ready for transplanting after six weeks.

Farmers make arrangements with the farm to have seedlings propagated from seeds.

Alternatively, some growers avail their own seeds, which Sanjo Seed Raisers Farm propagates for them at a fee.

A plantlet goes for between Sh2 to Sh6 for the farm’s own seeds, but between Sh1.5 and Sh2 if farmers bring their own seeds.

The prices are dependent on varieties and type of crop. His major markets are in Laikipia, Kirinyaga, Nakuru and Baringo counties.

Currently, this farm employs three permanent workers, but usually has between eight and 10 casual workers, especially when there is a heavier workload.

Although Kimani sometimes propagates herbs such as mint, he is keen on not only farming at this level, but is also looking forward to establishing an own farm.

“My favourite crops are mint and chilli, and I would like to export these and other herbs,” he says, adding that he often admires chilli and herbs farms while delivering plantlets.

Kimani is happy about a new project, which will be supporting farmers and others in the value-chain. He hopes to be a beneficiary.

Dubbed Market Access Upgrade Programme, the initiative focuses on value chains such as herbs and spices, chilli, macadamia, passion fruits and groundnuts, among others.

“Through such a project, I am optimistic that i will be able to link up with more clients for my plantlets, meaning more business for me.

“Besides, I will also benefit from knowledge available, especially about the herbs and chilli value chains, of which I have special interest,” Kimani adds.

The project is being implemented by United Nations Industrial Development Organisation (Unido), Fresh Produce Exporters Association of Kenya (FPEAK), and the Kenya Bureau of Standards (KEBS), among others. Unido and the other partners will implement this project in 12 counties. 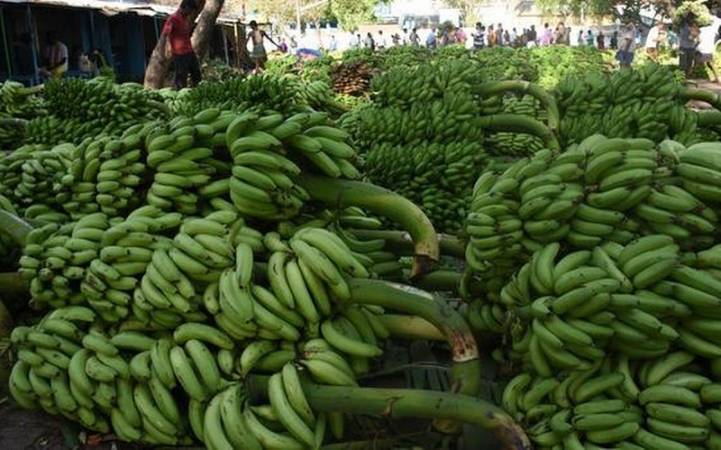