Kenya Revenue Authority (KRA) has seized 25 containers of hides and skins at the Port of Mombasa in what has emerged as a tax evasion plan by three suspects.

According to KRA officials, the government would have lost approximately Ksh75 Million in export duty, in the event the suspects managed to sneak the goods out of the port of Mombasa.

KRA Commissioner, Investigation and Enforcement Department Edward Karanja said the intercepted consignment was among 50 containers of hides and skins that had been flagged for 100 per cent verification on suspicion of being intentionally declared as other goods to evade the payment of export duties.

“The scheme involves stuffing containers with raw hides and skins meant for export from local godowns in the absence of Customs officers which is contrary to customs law on exports.

“Thereafter export declarations are made in customs systems with false information on the description of goods, local exporter, country of destination and weight. It is worth noting that the goods declared in customs export documents are disguised as those that are exempted from export duties,” Karanja said.

According to the commissioner in charge of investigations and enforcement, the operation became a success after they received a tipoff indicating that the suspects were planning to bribe their way out off the hook.

KRA jointly with Ethics and Anticorruption Commission (EACC) officers swung into action and laid a trap that saw the suspects arrested with Ksh700,000 which was offered as a bribe.

“KRA is determined to ensure there is a fair playing ground for a legitimate business to thrive and the public is encouraged to undertake legitimate and clean business. We have an elaborate intelligence network to detect, disrupt and deter such tax evasion schemes to create a level playing field for all,” Karanja.

Laikipia governor appointed as head of Raila’s presidential campaign board 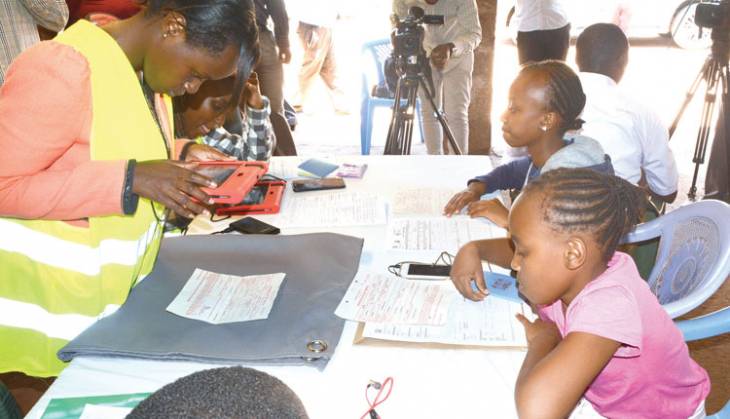