Jaoko Oburu who is the son of East African Legislative Assembly (EALA) Member of Parliament Oburu Odinga now says he will not vie for Lang'ata MP seat so as to spearhead campaigns meant for ensuring that his uncle Raila Odinga clinches the presidency in August.

In a press statement sent to media houses, Jaoko said that he had, on Monday, shared a poster on social media in which the residents of Lang’ata were encouraged to register as voters, in large numbers, in the ongoing mass voter registration.

He said that he really appreciated the words of encouragement sent to him by friends who asked him to throw his hat into the ring for the Lang’ata Constituency Parliamentary seat, but explained that, for now, his focus is to deliver votes for Raila.

“At this point in time, my greatest interest is to see Baba becomes the 5th President of the Republic of Kenya later this year,” he said in the statement.

Jaoko who is also the chairperson of Azimio Young Turks appealed to all members of the YoTHA across the country not to lose focus but redouble their efforts on Identification Cards and voter registration.

“Let us all ensure that every young voter is armed and equipped for the war ahead,” he said. 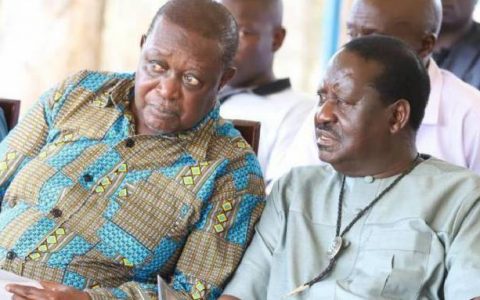