County governments have given the notice to shut down after their coffers ran dry.

"The Senate has still not been able to unlock the stalemate on the flow of funds. It is therefore not clear when this impasse will be solved," said Governor Oparanya.

Oparanya, also the governor for Kakamega advised county health facilities not to admit any more inpatients, but only provide minimal outpatient services.

On Tuesday, the revenue sharing formula reached another stalemate at the Senate even as President Kenyatta promised an extra Sh50 billion to counties.

A survey by People Daily established that all the 47 counties are in the red and staring at a complete paralysis.

Salaries have not been paid, development projects have stalled and contractors and suppliers are in limbo over debts owed by the regional units.

It was also established that virtually all the counties have drastically scaled down their services after failing to receive money from the National Treasury for three months.

From Wajir to Kwale, Siaya to Kitui, the warning was the same... that the devolved units will shut down operations this week should the Senate fail to reach consensus on the formula for sharing revenue among counties.

Regional governments have remained cash strapped for months after the Senate failed to agree on what formula should be used by the national government to disburse funds.

For more than 10 sessions, the Senate had failed to come up with an agreeable formula, leading to the formation of a 12-member committee, which also failed to find a solution on how the Sh316.5 billion revenue allocated to counties should be shared.

Oparanya yesterday said the stalemate in the Senate had stalled operations across the country, particularly payment of staff salaries and health services.

“Counties are literally on their knees. Almost all of them have not paid salaries and health services, which is a devolved function, is severely affected.

We have not received any coin from the National Government,” Oparanya said.

Only a few counties such as Kisumu, Oparanya disclosed, had managed to pay staff salaries after acquiring loans from financial institutions. 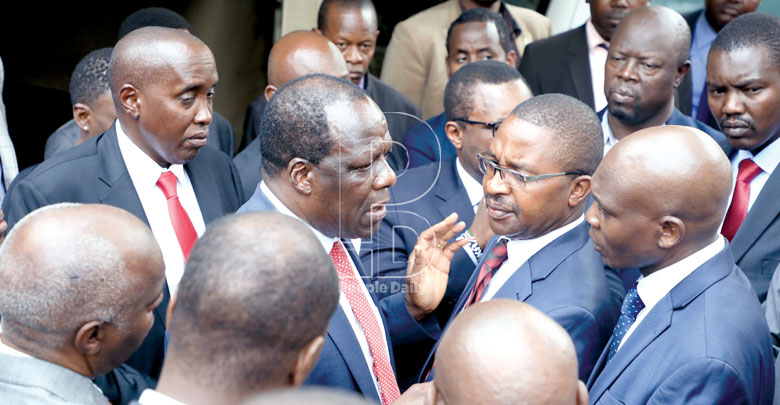 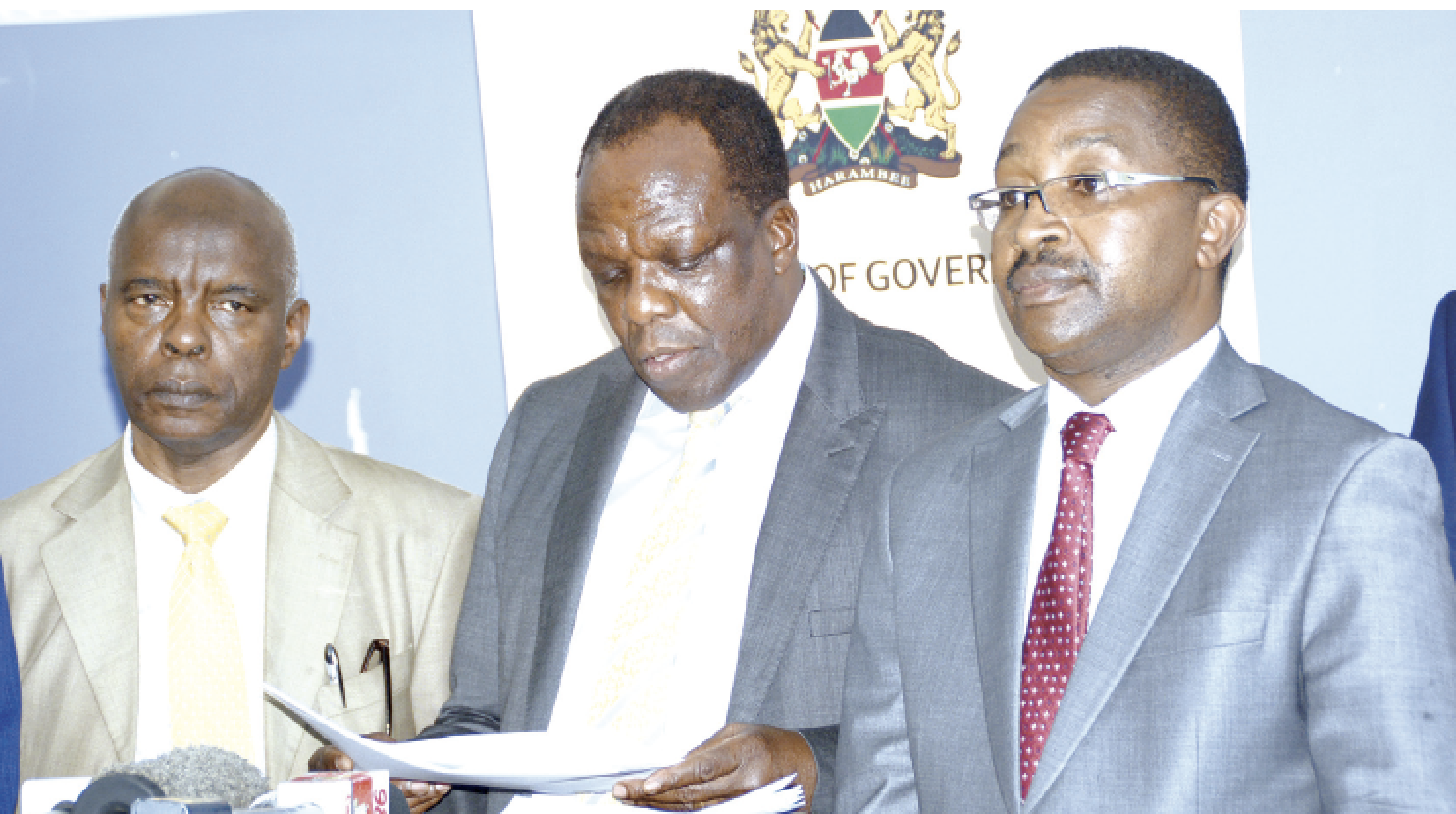