The Institution of Engineers of Kenya (IEK) on Friday, January 21 condemned a recent arrest of staff members attached to the Kenya Power.

In a statement signed by Eng. Nathaniel Mataianga and sent to media houses, IEK argues that majority of them who are engineers were arrested without following due process.

According to IEK, the arrests and detention of the staff were clearly unwarranted harassments.

“We, The Institution of Engineers of Kenya, IEK, take great exception with the unwarranted harassment, arrest and placing into the custody of some of our members who work in the energy sector, specifically but not limited to Kenya Power and Lighting Company (KPLC) Limited,” the statement read in part.

“We do not condone the adverse image that our noble profession of engineers and engineering practice is receiving by the actions taken by the Security Agencies including DCI,” the statement further read.

“It has come to our attention that our members, Professional Engineers of good standing, working at KPLC Ltd, have been arrested and put into police Cells,” it read.

According to Eng. Mataianga, vandalism is not in any way engineering in nature and for that reason, the arrested engineers should be released with immediate effect.

He said that such an action should never be taken against members of IEK without the involvement and consultation of the Engineers Board of Kenya and the Institution of Engineers of Kenya.

“We urge the security agencies to concentrate investigations to scrap metal dealers as we believe that is the reason for vandalization of infrastructure installations,” the statement read.

This comes at a time when ten senior managers at KPLC are being held in court over the nationwide outage. 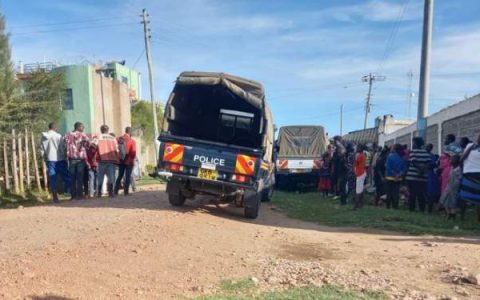 How Kibaki personally intervened to save Kinoti in 2006

Caleb Kositany: We will name the culprits in stoning of Raila’s chopper